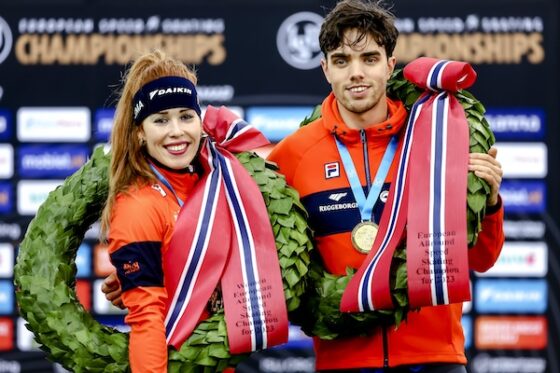 Dutch speed skaters took all four titles at the European championships in Hamar, Norway at the weekend, as well as two of the silver medals.

Silver medals went to Femke Kok (sprint) and Henk Otterspeer (allround) while Marijke Groenwoud won bronze in the allround competition. In total, the Dutch took seven of the 12 medals up for grabs.

The championships may have produced a couple of interesting races, but the results show ‘just how thin the talent pool in Europe is’, broadcaster NOS said.

Patrick Roest and young Norwegian Sander Eitrem kept it exciting in the men’s allround title fight, and that excitement is ‘necessary’ given the Dutch dominance of the event, NOS said. The European title has only been won three times by a non Dutch national since 1993, and the world title five times.

The next world championships take place in Heerenveen from March 2-5.