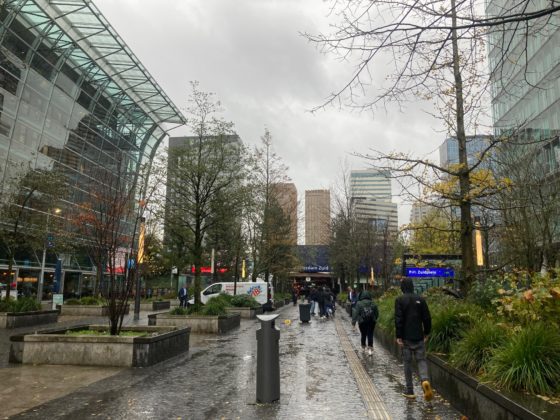 The value of commercial property dropped by up to 30% at the end of last year and the volume of property investment fell by 44%, reports the Financieele Dagblad.

Meanwhile, private landlords and investors in housing stock told the NRC that new tax measures plus an upcoming increase in rent price protection will make some property investments unprofitable.

The developments are signs that the global economy, increased borrowing rates and Dutch legislation are having a profound effect on the formerly ‘overheated‘ property market.

According to the latest figures from property adviser CBRE, the value of commercial property changing hands in the last three months of 2022 was €4.2 billion, a drop of 44% on a year before and the lowest investment volume since the end of the credit crisis in 2014.

Last week, estate agents association NVM reported signs that house prices were dropping 6% a year by the last quarter of 2022.

Frank Verwoerd, director of research at CBRE, told Dutch News that the change could be seen as a swift correction of price rises in recent years. ‘This is mainly to do with the change in interest for financing, which rose by 300 to 350 basis points in the last nine months, hugely affecting pricing in the investment market,’ he said.

‘In the last financial quarter there was enormous uncertainty about what value to stick on commercial property, which led to a lot of reticence among investors – so the investment volume was noticeably lower than previous years. Since 2015 we had almost free loans and now we are returning to a situation that historically speaking is a normalisation.’ 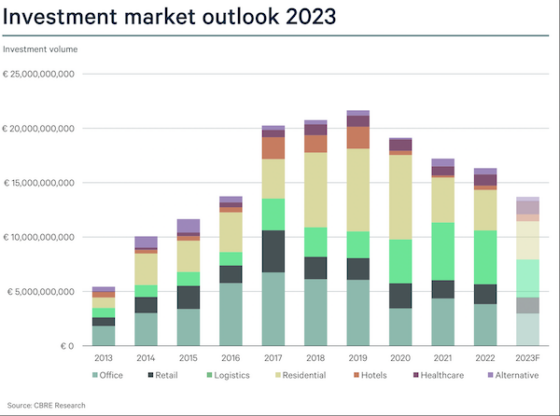 Cushman & Wakefield valuations expert told the FD that the speed of the price drop in commercial property was unprecedented. The paper reported that it was having to value offices, premises for logistics and rental property at an average of 15% less than three months earlier and sometimes 25% lower.

Kristiaan Engelman, head of offices and industrial valuation at the firm, reportedly said: ‘I have never seen such a fall in values in one financial quarter before.’ Other experts told the FD it could be seen as ‘disastrous’ and described the market as ‘imploding’.

Like the Dutch housing market, values in commercial property spiralled in recent years, thanks to unprecedentedly low interest rates and virtually-free loans.