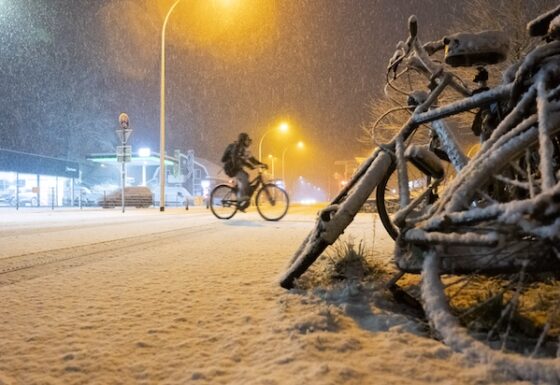 The KNMI weather bureau has issued a code amber weather warning for the provinces of Utrecht, Gelderland, Noord Brabant and Limburg, saying snow storms are likely across the region.

Slippery conditions on the roads are adding to the problems and there is a code yellow warning in the rest of the country because of the wintry weather. There were overnight snowfalls in several places.

Vehicles have already skidded off the roads, including the A4 at Burgerveen, A9 near Akersloot and A27 near Utrecht, the transport ministry’s roads department said.

The snow is moving over the country from the north west and will fall as rain in coastal areas. However, up to eight centimetres may hit in the east and south east, weather forecasters say.

Overnight it will clear up but the night frosts will continue, again leading to slippery conditions on the roads. The weekend will be dry with some sunny spells but chilly at no more than 2 or 3 Celsius during the day and -2 at night, the KNMI said.