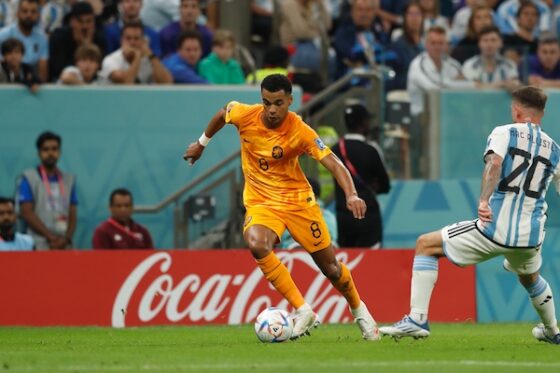 Football clubs PSV Eindhoven and Liverpool have reached agreement on the transfer of Cody Gakpo to the English side.

The 23-year-old striker will move directly to the UK to complete the formalities. Neither side has said how much Liverpool is paying for Gakpo, but PSV manager Marcel Brands said in a short statement it is a ‘record transfer’ for the club

According to the BBC, the deal is for between €40 million and €50 million.

Demand for Gakpo has soared since the World Cup in Qatar, where he scored three goals and was one of the stars of the Dutch team.

Liverpool you are getting an absolute star!

Gakpo played for PSV as a junior and made his debut in the first team in February 2018. He has scored 55 goals in 159 matches.