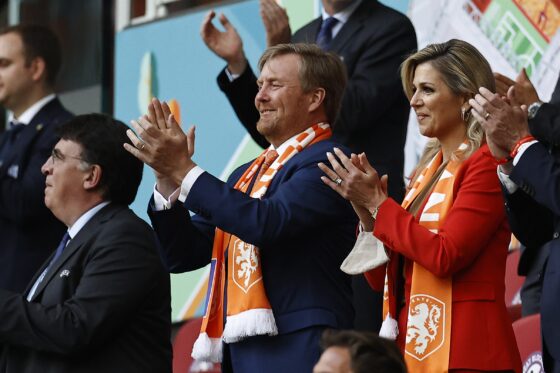 Queen Máxima will be cheering on the Netherlands against her native Argentina when the two countries clash in the World Cup on Friday, the palace has confirmed.

A spokesman for the government press office told the Telegraaf that the Buenos Aires-born queen ‘supports the Netherlands as a Dutchwoman and queen of the Netherlands.’

Máxima acquired Dutch citizenship through an accelerated procedure in April 2001, a month before she married the then crown prince, Willem-Alexander, who became king in 2013. As a Catholic marrying into the House of Orange-Nassau, she also agreed to raise her children in the Dutch Protestant tradition.

The queen’s dual nationality has been a bone of contention for politicians on the Dutch right such as former Christian Democrat Sybrand Buma, who said in 2017: ‘If it was up to me everybody would have one passport.’

However, Argentinian law does not allow the queen, whose father was agriculture minister during Jorge Videla’s dictatorship of the 1970s, to renounce her birth nationality.

It is not the first time the two countries have met at the World Cup during her husband’s reign. In 2014, the last time the Netherlands qualified, the teams drew 0-0 in the semi-finals before Argentina prevailed 4-2 in a penalty shoot-out.