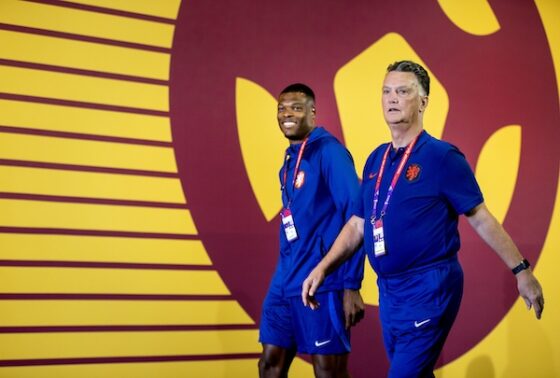 The Dutch national football team will not be making any political statements ahead of the Friday’s World Cup match against Ecuador, coach Louis van Gaal told a pre-game press conference on Thursday.

Fifa has banned team captains from wearing a ‘One Love’ armband and other teams, including England and Germany, have made political statements on the pitch ahead of their ties.

The Dutch football association has also been criticised by LGBTI groups for its weak reaction to the ban, particularly the decision not to make a formal protest with Fifa.

But Van Gaal told reporters not to expect any gestures from his squad. ‘That would not be logical,’ he said from the press room in Qatar.

‘We have drawn a line under all the political questions after inviting migrant workers to our training last week,’ he said. ‘And we do not want our aim to be world champion to be ruined by Fifa campaigns or those of anyone else.’

The German squad lost 2-1 to Japan after posing on the pitch with their hands in front of their mouths, to reflect being silenced. The England team took the knee before their first match.

Van Gaal said his squad is ‘on average of a higher quality than in 2014’, when Oranje was third in the tournament.