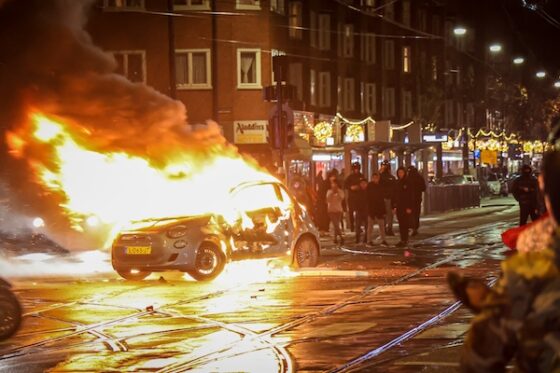 Riot police were drafted in in Amsterdam, Rotterdam and The Hague on Sunday evening after celebrations for Morocco’s 2-0 win over Belgium at the World Cup in Qatar turned sour.

In Rotterdam, a group of around 500 youngsters gathered on the Kruisplein and threw glasses and fireworks at the police, leading riot police to clear the area. The trouble was over at around 7pm and there were two arrests, local broadcaster Rijnmond.nl said.

In The Hague too there was trouble in the Transvaal district as fans first celebrated the win but then the atmosphere turned nasty. Police, social workers and local parents worked together to restore calm and there was one arrest, police said.

In the capital, police had maintained a low profile but later intervened, urging everyone to leave the Mercatorplein area after supporters set a car on fire and let off fireworks.

In Utrecht and Amersfoort there were celebrations but no problems, broadcaster NOS reported.