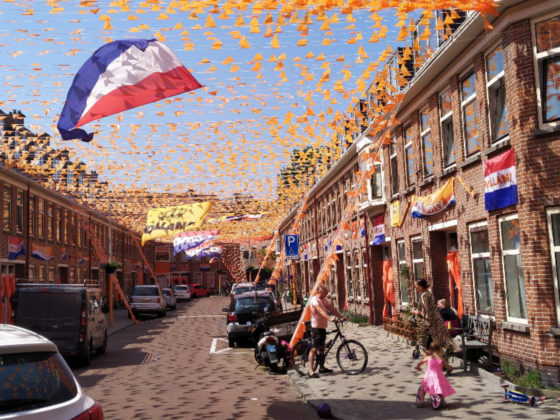 With less than a week to go before the start of the World Cup in Qatar, the mood among football fans in the Netherlands is subdued, and so far there is little sign of the ‘oranje fever’ which accompanies international tournaments.

Just 14% of the Dutch say they are looking forward to the World Cup which kicks off on November 20, and those who are fans will watch the games at home in a low key setting, according to television current affairs show EenVandaag.

The programme asked its 28,000-strong viewers panel for their thoughts on the World Cup and found just one in five football fans are looking forward to the tournament, thanks to Qatar’s poor reputation on human rights and the way it won the contract to stage the event.

‘I’m aware of it, but mainly in a negative way,’ one respondent said. ‘This is a World Cup which shows how football was taken hostage by big money,’ said another. ‘And it would seem nothing can be done about it. I would rather watch the Eredivisie.’

One in four planning to watch Oranje’s first match against Senegal on November 21 said they were a little embarrassed about it. ‘I’m not going to ignore something like the World Cup but it feels a little dirty,’ one fan said. ‘I’d rather watch it behind closed curtains.’

Just 11% said they would like to watch the games on a big screen outdoors or at a café.

Almost 75% say they don’t think king Willem-Alexander should travel to Qatar at all and 59% said he should not go even if Oranje make the semi finals, as the Belgian king is planning to do. Just 42% support sending sports minister Conny Helder.

More than half the respondents think supermarkets should avoid World Cup related advertising and special promotions and 25% said they would consider boycotting shops which make a big fuss about the tournament.

‘Supermarkets earned enough during the pandemic to miss the World Cup bonus,’ one respondent said.