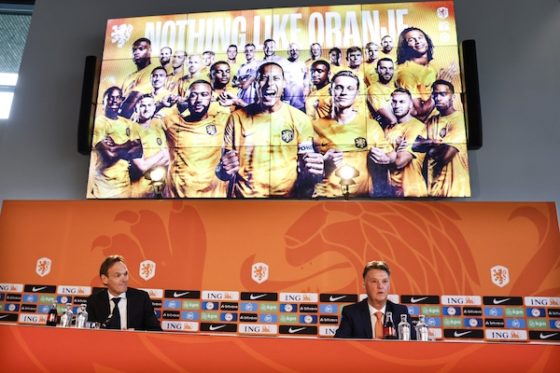 PSV midfielder Xavi Simons and defender Jeremie Frimpong (Bayer Leverkusen) have both been called up for the Dutch squad for the 2022 football World Cup in Qatar. But keeper Jasper Cillessen, who moved from Valencia to NEC last summer to up his playing time, is out of the group.

Coach Louis van Gaal revealed his selection in a bombastic social media posting on Friday, during which he read out the name of each player from a book while dramatic music played.

Seven of the 26-strong squad play for Ajax, three for PSV, one for Feyenoord and one for Heerenveen. The rest all play abroad.

Here it is. Our World Cup squad! 🦁🇳🇱#NothingLikeOranje | #FIFAWorldCup pic.twitter.com/s4KMWBvJQU

Van Gaal told a press conference he had tears in his eyes when he phoned 11 players on Friday morning to tell them they had not made the final cut.

Cillessen, he said, had been left out because he is not in form. However, Memphis Depay, currently out through injury, is included in the squad because of his importance to the group as a ‘footballer and as a person’, Van Gaal said.

The 26 players will gather in Zeist on Monday for their first training session and then will fly to Doha on Tuesday. Oranje’s first match is against Senegal on November 21.

The Dutch team are in Group A alongside the hosts and Ecuador as well as Senegal and the top two sides each group qualify for the round of 16.