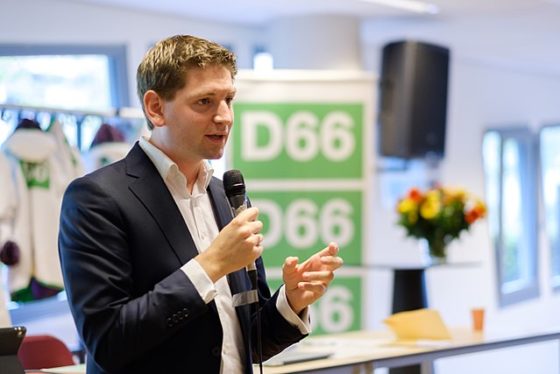 Coalition party D66 has called for the law to be changed to allow political parties to be banned if they ‘undermine the democratic order.’

The progressive-liberal party wants to drop the exemption for political parties in the law that applies to criminal gangs and terrorist organisations, which can be banned if judges decide they threaten the foundations of the Dutch state.

The move is clearly aimed at the far-right Forum voor Democratie (FVD), which was condemned last month for posting a video on YouTube describing journalists as ‘sewer rats’ and featuring footage of an interview with a parliamentary reporter which was filmed without her consent.

FVD has actively promoted ‘Great Reset’ conspiracy theories about coronavirus and vaccines, claimed that farmers are having their land stolen to create more space for immigrants, and described Russia’s invasion of Ukraine as a ‘fightback against the globalists’.

D66 parliamentary group leader Jan Paternotte said: ‘It can’t be right that in these days, when you see democracy being challenged everywhere we say that undermining the democratic order is wrong unless you’re a political party.’

The last political party to be outlawed in the Netherlands was the far-right CP ’86, also known as the Centrumpartij (Centre Party), which held one seat in parliament between 1982 and 1986. It was declared a criminal organisation in 1997 for systematically inciting hatred of foreigners.

FVD won eight seats in the 2021 general election, but three of its MPs broke away soon afterwards and current polls suggest it would win between three and five seats if an election were held now.

The cabinet is currently drafting a new law on political parties which would specify what circumstances would justify banning a political group. Currently parties can only be banned if they threaten public order.

D66 says removing the current exemption would not conflict with the bill and it would be up to prosecutors, not politicians, to make the case for banning a party.

‘Democracy is vulnerable,’ Paternotte said. ‘Anyone can operate within it, even parties that want to do away with it. That’s what makes us different from Russia and China, where there is no opposition.

‘It’s the exact reason why we need to protect democracy and be able to take measures against organisations that undermine the democratic order.’