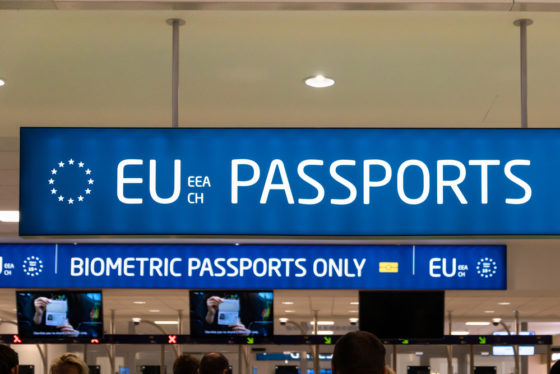 Bulgarian members of the European parliament have launched an appeal to Dutch prime minister Mark Rutte to let their country, as well as Romania and Croatia, join the Schengen area on January 1, 2023.

EU citizens and residents can travel without border checks in the countries that have signed up to the Schengen agreement. All EU member states, except Bulgaria, Croatia, Cyprus, Ireland and Romania, are part of the Schengen area, which also includes non-EU countries Iceland, Norway, Switzerland and Liechtenstein.

Bulgaria joined the European Union in 2007 and the European parliament has given the green light for its Schengen accession through several resolutions since 2011. The last vote was in October, when MEPs said that maintaining internal border controls for Romania and Bulgaria is ‘discriminatory’ and has a ‘serious impact on the lives of mobile workers and citizens.

Just days later, however, a majority of Dutch MPs voted in favour of a motion asking their government not to take any ‘irreversible steps’ to admit Romania and Bulgaria until further investigation had been carried out into corruption and organised crime.

The final decision on the Schengen accession must be made by EU governments unanimously and the Netherlands is now the only country against.

On Thursday Bulgarian MEPs from all political parties wrote to Mark Rutte asking him to abandon his opposition.

‘The 11-year unprecedented and groundless blocking of the accession of Bulgaria and Romania to the Schengen area by the Council of the EU, and in particular by the Netherlands, must end,’ they said. ‘Decisions on the enlargement of the Schengen area should not depend on the national agenda of one member state or another.’

All Bulgarian MEPs appealed today to the Dutch government to take into account the assessment of the @EU_Commission & the resolutions of the @Europarl_EN so that the process of expanding the Schengen area continues with the accession of Bulgaria & Romania by the end of this year. pic.twitter.com/cjgZVvjZpp

‘Bulgaria and Romania are in the Schengen Information System [which allows countries to share information for border management] and contribute to the EU’s border security, but our citizens and transport businesses are not enjoying the benefits of free movement across the Schengen area,’ MEP Andrey Kovatchev told Dutch News.

‘If Mark Rutte’s party [VVD] changes its position, there is no longer a majority in the Dutch parliament for blocking the Schengen accession,’ he added.

Dutch MEP Sophia in’t Veld, from D66, said on Bulgarian national television that the government is blocking the decision ‘for domestic policy reasons’ and she is hoping it will ‘change its opinion.

The issue will be discussed at the EU justice ministers’ meeting on 8-9 December. The European parliament on Tuesday also endorsed the accession of Croatia to the Schengen area.