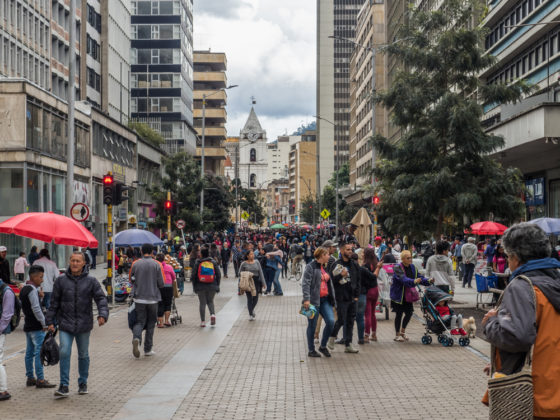 A street in Bogota. Photo: Depositphotos.com

A Dutch television programme which aims to reunite people with long-lost members of their own family had admitted that in at least two cases, the wrong person has been identified.

Spoorloos (without a trace) now says two people adopted from Colombia by Dutch families were not related to the blood relations they were linked up with and that they are now looking into a further 12 cases which were ‘solved’ by a local fixer.

The problem came to light after another television programme Oplichters Aangepakt (con artists tackled) looked into the fixer, named at Edwin Vela, who has carried out work on 16 cases for the Spoorloos team for years.

Oplichters Aangepakt journalist Kees van der Spek told a television talk show on Monday evening he believed three, if not five, people had been put in touch with others who were not blood relatives.

Public broadcaster KRO-NCRV said DNA testing had now proved two missing family members were the people they were thought to be and that it would use DNA tests in the 12 other cases if needed.

DNA checks have been a standard part of the process since 2019, the broadcaster said. Spoorloos was first broadcast 30 years ago.

One of the participants discovered the person identified as her mother in 2005 was not related to her. In the other, a half-brother turned out not to be a relation either. Vela was involved in both cases. Both said they had a feeling something was not right about the connection made via the programme.