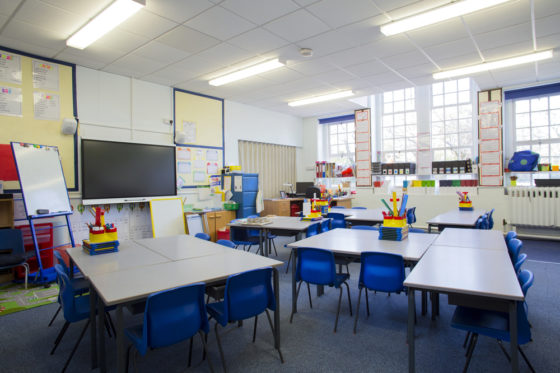 Schools are concerned about the heating supply this winter. Photo: Depositphotos.com

Schools and local authorities have sounded the alarm after one of the Netherlands’ largest energy suppliers said it was facing ‘huge challenges’ as a result of soaring gas prices.

De Vrije Energie Partij (DVEP), which provides energy for 80% of schools and 35% of municipalities, has stopped taking on new customers and has not sent any invoices since May, several customers have told the FD.

The PO Council, which represents the interests of primary schools, said hundreds of schools had raised concerns about the backlog in payments and invoices. Schools have also complained about difficulties contacting the company in recent months.

‘It’s unfortunate, because there’s a lot of unrest at the moment,’ said a spokesman. ‘Schools that cancelled their contracts with Gazprom because of the sanctions against Russia have found it difficult to find a new supplier. They can do without more problems.’

The University of Amsterdam (UvA), which has a contract with DVEP until 2023, said it had been told the company was not currently renewing contracts.

‘At the moment we are expecting the gas bill to go up from €1.7 million a year to around €5 million, depending on movements in the market. This is a big setback,’ said Jan Lintsen, vice-chairman of the university’s executive board.

DVEP said it had been hit by the fluctuating prices on the wholesale energy markets, but would not comment on claims that it was experiencing a high turnover of staff and software problems that have affected its billing systems.

The FD said it was unclear despite repeated questioning why almost no invoices had been sent in the last five months, but school administrators said they had been told there were problem with the billing software.

‘These are difficult times, we have had to make choices and the main choice we have made is to protect existing customers,’ Van der Wal said.

The ministry of economic affairs, which regulates commercial energy contracts, said it had seen ‘no indications that suppliers are in danger of going bankrupt in the short term,’ but added it was keeping its ‘finger on the pulse’.