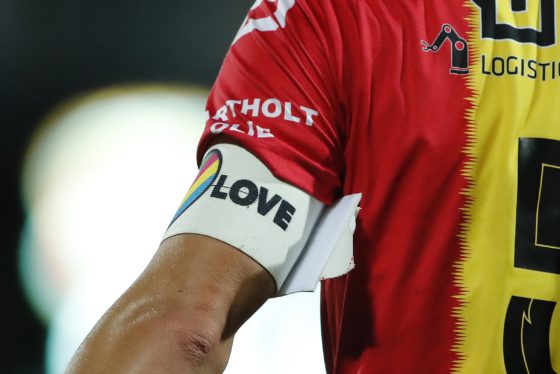 Dutch football authorities say the men’s national football team will wear the OneLove armband at the World Cup in Qatar even if it means paying a fine.

The KNVB said it would follow the example of the English and Welsh football associations in wearing the anti-discrimination armband, even though world football’s governing body FIFA has yet to endorse the move.

‘We’re going to make that statement. And if there’s a fine, so be it,’ secretary-general Gijs de Jong told NOS.

The rainbow armband was a source of controversy two weeks ago when two Eredivisie captains, Orkun Kökçü of Feyenoord and Excelsior’s Redouan El Yaakoubi, declined to join a campaign timed to coincide with national coming-out day.

The KNVB subsequently abandoned plans to repeat the campaign next month because it wanted to avoid another discussion of ‘who does and who doesn’t’ wear the armband.

Oranje will begin their World Cup campaign on November 20 against Senegal.