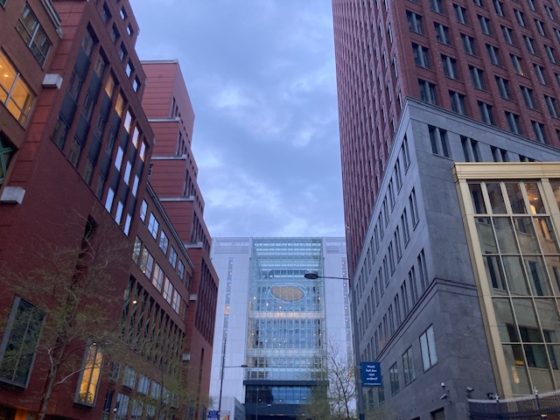 The foreign affairs ministry in The Hague. Photo: DutchNews.nl

The Dutch government has given at least 91 waivers to compliance with sanctions against Russia since the start of the war in Ukraine, RTL Nieuws reported on Monday.

The waivers have been granted ‘to show flexibility’ in specific cases, the foreign affairs ministry said. This could, for example, be a Dutch company still waiting for a payment from Russia.

In 34 cases, ships were given leave to discharge their cargo at Dutch ports, despite the EU ban on ships sailing under the Russian flag. These included food and aluminium, the infrastructure ministry told RTL Nieuws.

Some 150 local authorities, schools and waterboards with contracts with Gazprom Nederland have also been given permission to continue via 25 centralised waivers. European Gazprom firms are now united as SEFE Energy and no money goes to Russia, the German authorities say.

The foreign affairs ministry has granted 13 different organisations 18 waivers on humanitarian grounds or on the grounds that they are purely civilian operations. The finance ministry has also cleared 13 wavers involving frozen assets or financing goods which do fall under the sanctions regime.

The names of the companies and the amounts involved remain confidential because this would be business-sensitive information, the ministry told RTL Nieuws.