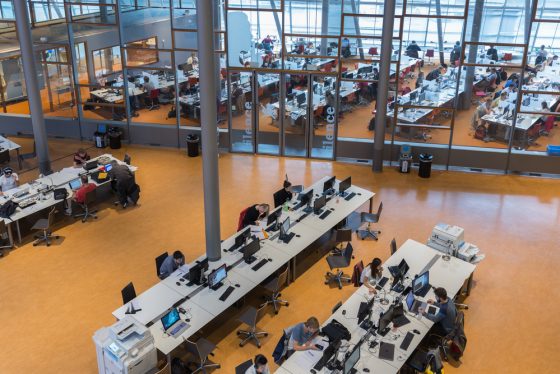 The University of Amsterdam (UvA) has said it wants to limit the number of international students in subjects such as politics and psychology from next year.

The number of students at Dutch universities has doubled in the last 20 years from 170,000 to 340,000, leading to accommodation shortages and pressures on teaching staff.

Foreign students have been one of the main drivers of growth, with their numbers almost trebling since 2015 from 6,500 to 18,000. University president Geert ten Dam said limits on international students were ‘essential’ to stop Dutch schoolchildren being squeezed out.

Dutch universities are legally barred from selecting students on the basis of nationality, but the UvA wants to trial a quota on English-language courses, Ten Dam told NRC.

‘We are reaching the point where Dutch students from Hoorn, Emmen or Amsterdam-West can’t get in to popular courses because of the competition from students from abroad.’

Education minister Robbert Dijkgraaf shelved plans earlier this year to impose an upper limit on student numbers in English-language courses ‘to assess whether a maximum number of foreign students leads to greater accessibility for Dutch students.’

Other Dutch universities have also expressed interest in finding ways to restrict the number of international students, including Maastricht, Delft and Twente.

However, others want to be able to continue admitting students from around the world so they can compete on the global stage.

Wim van de Donk, rector magnificus of Tliburg University, said while he welcomed a quota in psychology, the university still aspired to be one of the world’s leading institutions in subjects such as finance.

‘It varies a lot per subject and per city and we need to look at what needs to be done in every subject and city to keep the numbers under control,’ Van de Donk said.

Pieter Duisenberg, chair of the Dutch universities’ association Universiteiten van Nederland, said instiitutions had been lobbying for years for quotas in around 20 subjects including media studies, future planet studies and communication.

‘We’ve been asking since 2018 for legislation to enable us to cap numbers in English-language bachelor studies so that we can keep the Dutch-language version accessible. But it’s not allowed,’ Duisenberg said.

‘We want course to be able to say: no more than 50 students from outside Europe. But that’s not allowed either.’