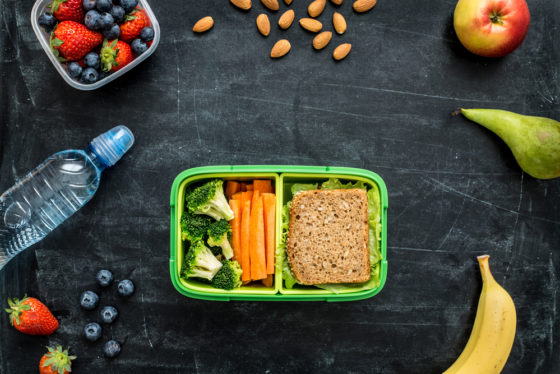 School dinners are coming to the Netherlands – not as the stuff of fond British school memories, but as an emergency measure to help households in desperate need.

Concerned at the effects on poverty on the health of the younger generation, the Dutch parliament has voted to allocate €100 million for free school meals in vulnerable neighbourhoods.

The proposal from Jan Paternotte, fraction leader of D66 liberal democrats and Laurens Dassen, leader of Volt, aims to ‘enrich the school day’, while boosting children’s health and equal opportunities.

Some schools already offer breakfast to combat child poverty, according to NRC – sometimes used by as much as half of the school’s population in areas such as Delfshaven in Rotterdam.

Paternotte said that it was important to equalise opportunities for children in vulnerable neighbourhoods. ‘There are children in the Netherlands who are brought to school in the morning without having eaten,’ he said in a D66 news release. ‘It’s not okay to be sitting in class with an empty belly. Nothing should stand in the way of children’s development and a good meal at school will give them the energy they need.’

‘Before the peak of inflation, at the start of January, a quarter of children had no breakfast, or not enough,’ he said. ‘We see that this has only increased with rising inflation. There are more requests from schools, because more families are having problems.

‘It’s difficult to quantify, but schools are telling us that more often children have empty lunchboxes or didn’t even have a slice of bread in the morning. We want every child to have every opportunity to develop and of course eating is essential: if you are hungry, it is difficult to learn.’

The foundation, run by the former labour MP and party leader, offers up to €10,000 per school per year, in areas where half of the families earn up to 50% over the social minimum. It helps 445 of some 7,000 primary schools in the Netherlands – and there is a waiting list.

Although the charity also promotes cultural activities and learning support, Spekman said right now schools are being forced to focus on children’s basic needs – with the free lunch and breakfast clubs.

Last week an 11-year-old child at De Catamaran primary school in Rotterdam became dizzy in class and it emerged that his family had not eaten for three days because they had run out of money, according to the NRC.

Historically, children in the Netherlands all went home for lunch until a change in the law in the 1980s, so there is no tradition of (free) school dinners.