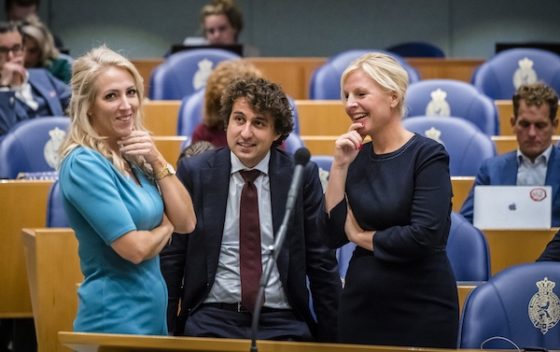 The cabinet is assured of majority support for its energy cap plans but ministers were urged to make sure that the measure reaches everyone who needs help in Thursday’s second day of debate on the 2023 budget.

The debate, which ended at midnight, included 60 motions put forward by the opposition parties in a bid to win concessions from the government.

In particular, PvdA and GroenLinks MPs won majority backing for their call on the government to take people who no longer have gas for heating or cooking into account. The price cap is based on an assumption that people use both fuels.

MPs also backed calls to give tenants living in poorly insulated homes a rent cut because there is little they can do to cut their energy bills. A majority also backed a BBB motion for special attention for people who need to heat their homes for medical reasons.

Away from the energy crisis, MPs backed plans to allocate €100 million to pay for school meals for children in disadvantaged areas, and to speed up plans for building new nuclear power stations.

The Financieele Dagblad said in its analysis of the debate that prime minister Mark Rutte had been consistent in his statements about ‘fine tuning’ the energy price cap and about the complexities of the system.

At the same time, ‘many parties could not resist the temptation to go through their own shopping list and they too often lost themselves in detailed discussions,’ the paper said.

Prime minister Mark Rutte ‘glided smoothly and confidently through the two-day marathon debate’, the paper said, despite the low level of public confidence in politicians.