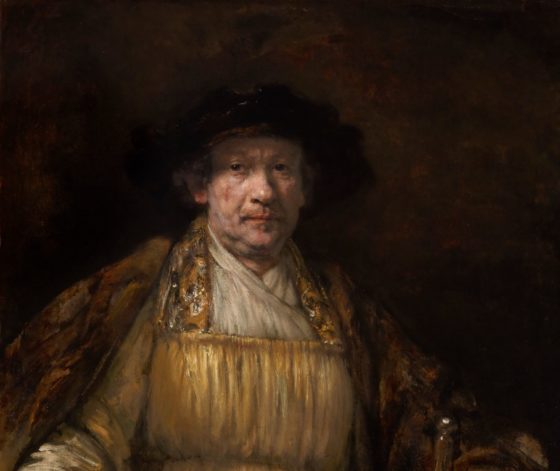 Ten masterpieces from a prestigious American collection have travelled to The Hague on loan for an exhibition of ‘Manhattan Masters’.

The Mauritshuis gallery has pulled off an unprecedented loan thanks to a renovation at The Frick Collection in New York,

The works will include Rembrandt’s Self-Portrait of 1658, considered to be one of his best self portraits, alongside Vermeer’s Officer and Laughing Girl and Portrait of a Man by Frans Hals.

Nine of the works have not been shown in Europe since being shipped to America more than a century ago and the Mauritshuis said it had its pick of the Frick Collection’s Dutch paintings – in thanks for its 2013 loan to the New York collection which included Vermeer’s Girl with a Pearl Earring.

The highlight of the show, which opens on September 29, is the Rembrandt. ‘Without wanting to sound too airy-fairy, it feels like Rembrandt’s soul is in this picture,’ Mauritshuis general director Martine Gosselink says in the exhibition catalogue.

The collection was amassed by the American industrialist Henry Clay Frick, born in 1849, who bequeathed his home, paintings and sculptures to the public after his death in 1919. He reportedly thought that the 134cm by 104cm self-portrait of the Dutch artist at 52, made Rembrandt look like a king.

However, it was made at a time when Rembrandt was experiencing serious problems, having been declared bankrupt two years before and forced to move home and sell its contents and his collection. In the portrait, however, he robes himself in gold fabric and an oriental, 16th century costume, like a celebrated painter from the past.

The Mauritshuis, previously a private residence for Count Johan Maurits of Nassau-Siegen, is celebrating its 200th anniversary this year. A bust of its founder was removed from its foyer in 2018, sparking a row about the Netherlands’ colonial past.

In previous years, the gallery has made a name for innovative temporary exhibitions, such as one based on the smells of paintings and another featuring the back side of some of the world’s best known masterpieces.