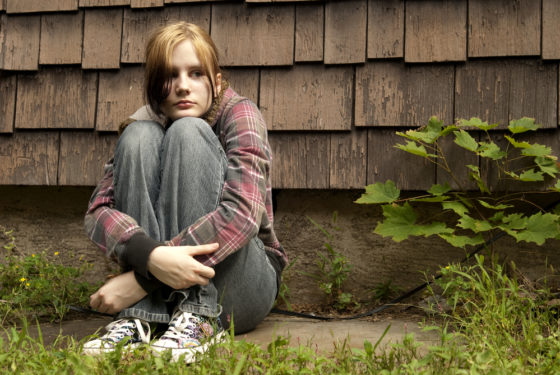 The coronavirus pandemic has brought on a decline in mental health in teens between 11 and 16, but girls have been particularly prone, researchers have found.

The Health Behaviour in School-aged Children (HBSC), a long-term study into teenage health conducted by the University of Utrecht, the Trimbos Institute and social cultural think-tank SCP, shows that the mental health of girls in particular has plummeted since 2017.

In addition, some 45% of secondary school pupils now say they feel the pressure of school work, compared with just 16% in 2001.

Uncertainty about the future and a fear of not meeting expectations from parents and teachers are contributing to the problem but the main cause for declining mental health in teens is the coronavirus pandemic, researchers said.

‘Pupils have been falling behind in their education and this may have been the catalyst for an already existing social development: that of the increasing importance given by teens, parents and society to doing well in school,’ Stevens said.

Earlier this week figures from health monitor Nivel showed the use of anti-depressants among young women has also been rising, possibly because of the coronavirus measures, and added problems such as the lack of housing.

The researchers also found that the decline in smoking and drinking among teenagers has stalled in recent years, despite government campaigns to reduce tobacco and alcohol use.

For example, 60% of 16-year-olds said they had had alcohol in the past month and those that do drink often binge with at least five glasses a night.


While in previous surveys, boys smoked and drank alcohol more often than girls, these differences disappeared in the 2021 research, a statistic described by the researchers as ‘striking’.