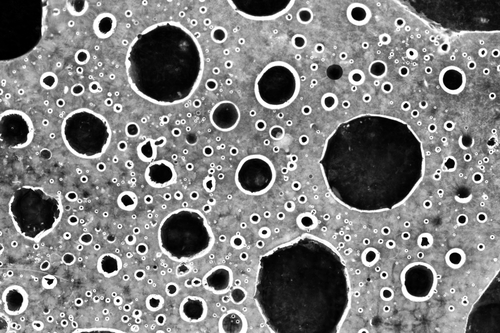 A team of Dutch researchers at teaching hospital Amsterdam UMC have designed a blood test that can help diagnose certain cancers in their early stages but the method is not yet reliable enough to be used in mass screening, the Volkskrant reports.

Team leaders Myron Best and Tom Würdinger, looked at blood platelets as markers for a certain kind of cancer tumour.

The likelihood is that the platelets change according to the type of cancer, according to Best. ‘They also form a shield around the cancer cells which enter the blood stream. We are getting better at interpreting the different shapes of the platelets,’ he told the paper.

The subsequent diagnostic work was left to a computer. Some two thousand blood samples of people both with and without cancer were analysed using a self-learning programme which had been taught which platelet shapes were linked with which cancer

The computer was able to diagnose 18 types of cancer, both in the early stages and in later stage cancer, the researchers found. In people whose cancer had not metastasised, the computer correctly diagnosed cancer in around half of cases.

However, the test is not likely to be used in mass screenings because the programme is producing too many false positives, clinical chemistry professor Eleftherios Diamandis at the university of Toronto told the paper in a reaction.

It would mean that of every 100 people who are diagnosed with cancer using this test 57 would not have the disease at all, usuallly after having gone through more tests and much stress, he said.

Sjors in’t Veld, the scientific researcher responsible for the computer programme, admits that more work needs to be done to reduce the number of false positives before the test can be put to broad use.

‘We need to train the computer by feeding it thousands more blood samples. We have seen that the software spontaneously recognised two types of cancer it had not seen before. That is a sign we are going in the right direction,’ he said.