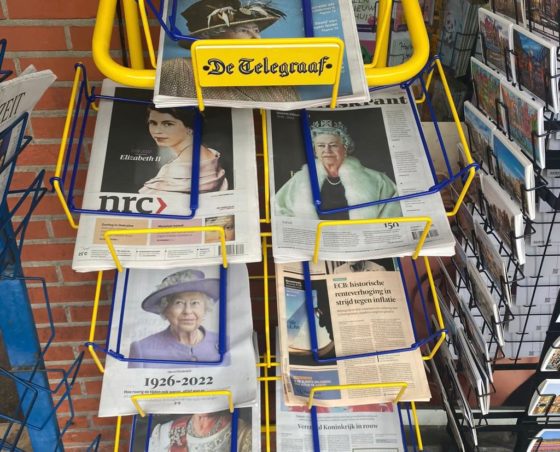 Dutch leaders have offered their condolences to the family of Queen Elizabeth II who died on Thursday afternoon at the age of 96.

The British monarch had been struggling with her health and was under doctors’ supervision at her Balmoral Castle in Scotland. In a statement, the royal family said she passed away peacefully.

She took over the crown following her father’s death in 1953 when she was 25 years old. In a statement, Prime Minister Mark Rutte described the queen as a ‘beacon of calm and stability’ during her 71-year reign.

The Dutch royal family were among the first foreign dignitaries to offer their condolences. ‘We feel a strong bond with the United Kingdom and its royal family, and we share their sorrow at this time,’ the Royal House of the Netherlands said in a statement.

In parliament, chairperson Vera Bergkamp said they planned a memorial event for Queen Elizabeth next week.

The queen was immediately succeeded by her eldest son who will now go by the name of Charles III.