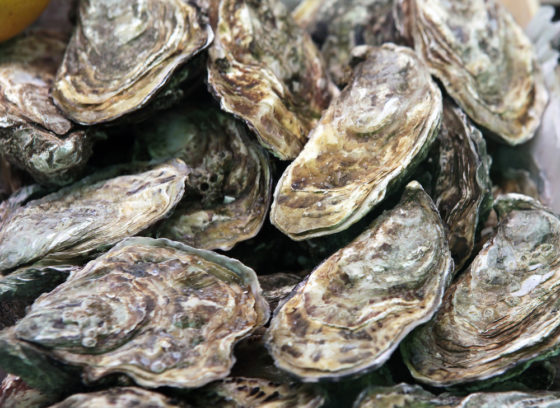 Oyster farmers in Zeeland are saying some 80% of the oysters grown in the Grevelingenmeer are dead, and are blaming the lack of oxygen in the water.

The Grevelingenmeer became the Netherlands’ biggest salt water lake when it was cut off from the North Sea during the construction of the Deltaworks coastal defence system. Since then it has become one of the main oyster producing areas in Zeeland.

However, oyster farmers have been complaining about the worsening water quality in the Grevelingenmeer for years and want to open up the Brouwersdam to allow tidal waters to return. That will improve oxygen levels, which are now so low the oysters cannot survive, they claim.

An investigation into a potential passage way in the dam is expected at the end of the year.

The situation in the Grevelingenmeer is ‘very serious’, chairman of the Dutch oyster growing association Kees van Beveren told local broadcaster Omroep Zeeland. ‘We hope the dam will be opened up,’ he said, ‘It’s the only way to save the oyster industry. But even if it is, construction will take a good few years.’

Oyster farmer Hans Nelis said the oyster die-off is the worst he’s seen in thirty years. ‘It’s as bad as when the bonamia parasite killed off practically all the oysters in the 1990s.’

Nelis, who, like all oyster farmers is renting his farm from the government, said he would not be putting out new oysters in the Grevelingenmeer.

‘If everything dies it is just very expensive and there is no profit. The flat oysters that we grow here are more expensive and if that goes we lose a fifth of our income. It probably means no more oysters from the Grevelingenmeer in the years to come,’ he said.

The lack of Grevelingen oysters will probably not have consequences for consumers. Zeeland’s other main oyster area, in the Oosterschelde, measures 1,550 hectares which makes it three times the size of the Grevelingen farms. The oyster season starts on September 22.