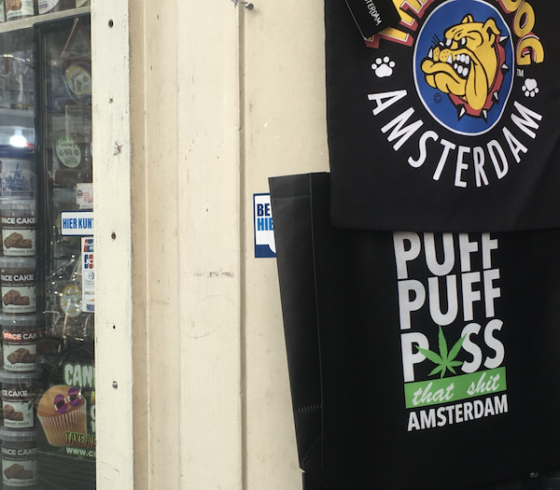 Amsterdam council will vote against a proposal to enforce a national ban against tourists in coffeeshops, where cannabis is smoked.

At a long debate in the city hall, where residents, researchers, and coffeeshop representatives also spoke for more than an hour, the majority of parties were against the policy.

Mayor Femke Halsema formally proposed temporarily banning non-residents from the city’s 166 coffeeshops in April, in a 13-page briefing. This is already a national law, enforced in some places, but Amsterdam had negotiated a formal exemption.

The mayor said that she, the public prosecutor and chief of police now believed enforcing the measure was necessary to reduce the size of the soft drug sector, tackle extreme nuisance and criminality. A recent study found 100 of the coffeeshops effectively serve only the needs of tourists.

But in a late-night debate, Fatihya Abdi, Labour PvdA politician, said the largest party would not support the measure in the end because there were not ‘sufficient guarantees’ that the city would act to reduce street dealing and police the streets.

Sheher Khan, councillor and leader of the Denk party, added that there was not a ‘solid’ substantiation that soft drugs supported the hard drug trade. His party is primarily concerned that demand for cannabis will continue, leading to more street dealing, and more vulnerable young men tempted into crime.

Although the mayor, who is responsible for law and order, does not need to have the support of the elected council, she has said that she wants this before enforcing a national law that already exists, the so-called i-criterium.

However, after the debate, it emerged that she would only have eight of 45 council votes, from the liberal VVD, Christian democratic CDA and right-wing JA21. An attempt to bring in the policy two years before, led by the VVD, also failed in council.

Claire Martens, leader of the VVD, told Dutch News before the debate that while it was a difficult measure to enforce the residents-only law – while increasing policing on the streets – her party thinks it is the only way forward.

At the start of the meeting, in the morning, an unprecedented number of Amsterdammers used their right to speak to express strong sentiments. Dr Ton Nabben, a criminologist at the Amsterdam University of Applied Sciences, said there was an urgent problem with crime but the argument that a coffeeshop ban would help was ‘built on thin ice’; he said fully legalising and controlling the cannabis trade would do more. ‘The prognosis is that the tourist stream will keep coming,’ he said.

Mark Jacobsen, co-owner of coffee shop The Rookies Club, said that it was ‘drunken, screaming’ tourists who were more of a problem than his clients, complaining that all coffeeshops were put in one box. ‘I have had my coffeeshop for 30 years and the moment [customers] do anything with cocaine, I throw them out,’ he said. ‘I don’t see hard drugs around me.’

At the end of the late-night debate, a concerned Halsema said, however, that she had not given up and was still determined to tackle the illegal back door of coffeeshops – where selling and smoking cannabis is legal but growing commercially is not: ‘My good friends, this is simmering,’ she said. ‘We will let the i-criterium simmer in your heads.’

The official council vote is on Wednesday.