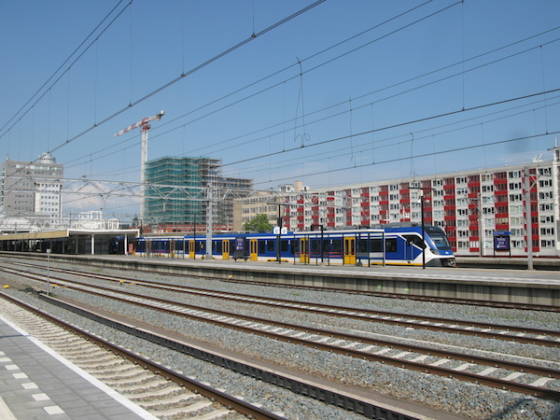 Dutch railway workers will start a five day staggered strike next Wednesday, starting in the north of the country, unions have said.

Unions FNV, CNV and VVMC have called the strike because extensive wage negotiations have not led to better pay and conditions, the FNV said in a statement.

The unions had been asking for €100 monthly raise, and a minimum wage of €14 an hour. The NS is offering an 8% wage increase over 2.5 years.

Given the current high inflation, the offer will dent workers’ spending power even more, the unions said. They had sent an ultimatum to the company, which is 100% state owned, which expired on Tuesday.

‘We don’t understand why the NS is letting things come to a head like this. We now have no to other choice but to call a strike,’ FNV negotiator Huub van Dongen told broadcaster NOS.

The unions have criticised the NS for being an ‘unattractive employer’ which is doing too little to solve a pressing lack of staff.  Shortages led to services being scrapped on several routes this summer.

If the NS fails to come up with a better offer, national strikes will follow in the first week of September, the unions have said.