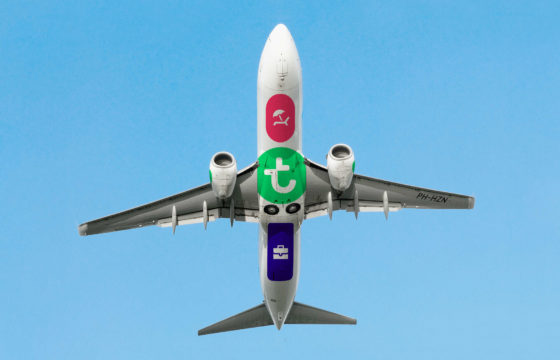 Airline Transavia has placed an 18-year-old youth on its blacklist for five years for circulating a photograph of a plane crash, just minutes before the plane he was on was due to take off from Rotterdam airport.

The youth was about to travel to Croatia early on Wednesday morning when he placed the photo on Airdrop, an Apple system allowing iPhone users to send and share messages at the same time.

The photo appeared on several passengers’ phones and that of the purser. ‘We regard this as a sort of bomb threat,’ a spokesman for Transavia told local broadcaster Rijnmond. ‘Airline staff saw the photo, children saw the photo. We are, therefore, taking the incident seriously and the purser has made a formal complaint about a threat.’

The air crew appealed for the person who circulated the photo come forward but the boy only did so when the captain threatened to hold the flight, Rijnmond said. The youth was then removed from the plane by military police and questioned.

Most passengers are banned from travel because of aggressive behaviour.