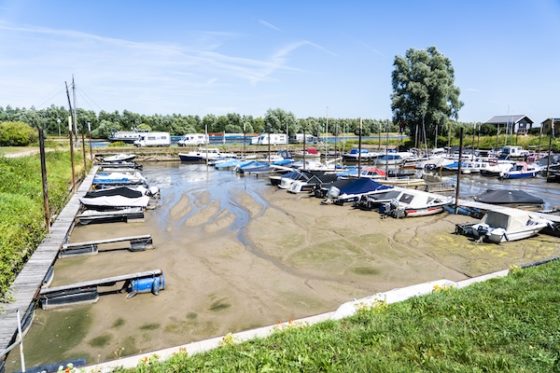 The Netherlands is officially facing a water shortage and although no extra measures are now needed to deal with it, this could be the case if the drought continues, infrastructure minister Mark Harbers confirmed on Wednesday.

The situation is so serious that decisions will need to be taken from a national perspective, over-riding regional water boards and local authorities, Harbers said.

While there is currently sufficient drinking water, everyone can make a contribution to combating the shortage, Harbers said. ‘So that is why I am asking everyone to think twice before washing the car or filling up a paddling pool completely,’ he said.

Some water boards have already been taking steps to deal with the shortage and have imposed a watering ban on arable farmers. The water level in the IJsselmeer lake, where much of the country’s drinking water originates, is also being kept as high as possible.

The government has now set up a special team, comprising government and water board officials, drinking water firms and the provinces to take tailor made decisions about what should be done.

Their priority is to make sure the dykes remain intact and that there is no irreversible damage to nature reserves and the peat beds, officials said. Maintaining sufficient drinking water supplies is also a priority.

This is the fifth official water shortage this century, but the most severe was in 2003 when the drought almost reached level 3, or a national crisis situation. It is currently at level 2, meaning there is an actual shortage of water.

Officials said on Tuesday that water levels in the river Rhine are reaching a record low.

The KNMI weather bureau does not think any significant rainfall is likely well into mid August, and after then, the chance of rain is put at 50%.