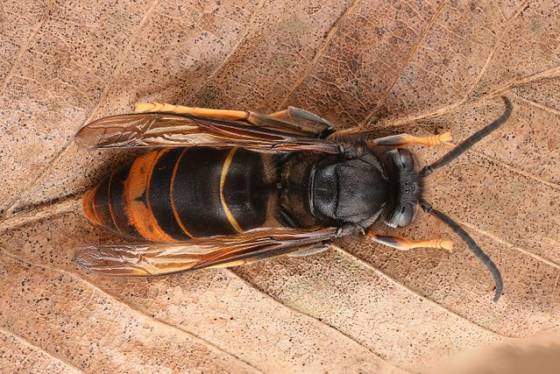 Researchers in Limburg monitoring the spread of Asian hornets there have managed to track down a nest by attaching a tiny transmitter to one of the insects.

It is the first time a nest has been traced in the Netherlands using a transmitter, which weighs in at 150 milligrammes, or almost a third of the weight of the insect itself.

That experiment led researchers to a nest in Voerendaal, 18 metres up an ash tree and over half a kilometre from where the insect was caught.

Another nest was found by catching hornets that had been spotted foraging around bee hives using a mixture of beer, white wine and sugar. They were then marked with dye and tracked to their nests, insect experts from the EIS Kenniscentrum Insecten said in scientific journal Nature Today.

Two other nests were reported to a dedicated site by citizens who had spotted them.

Asian hornets are increasing in number in the Netherlands to the detriment of other species. The provincial authorities in Limburg initiated the month-long pilot and also called on people to report sightings.

The Asian hornet is black with orange stripes and its legs have yellow tips. The European hornet, for which it is often mistaken, is bigger and has a brown head and front.