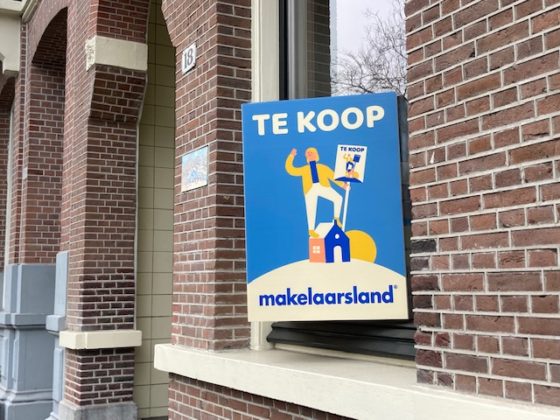 Official house values used for taxes have risen by a record 8.6% in a year, according to Dutch statistics office CBS.

Although sale price indicators suggest that the housing market is now cooling off after European Central Bank interest rate rises, the values reflect the past year’s heated market.

There was a huge diversity in price rises around the country, the CBS said. In the municipality of north-east Friesland, house prices rose most, by 19.5% on average. However in Dutch capital Amsterdam, where prices were already highest, they only rose by 2.1%

Cities with the greatest increases included Rotterdam (11.4%) and Utrecht (9.8%). The so-called WOZ-value is used to calculate local and an element of national taxes but can be appealed by individual house owners. 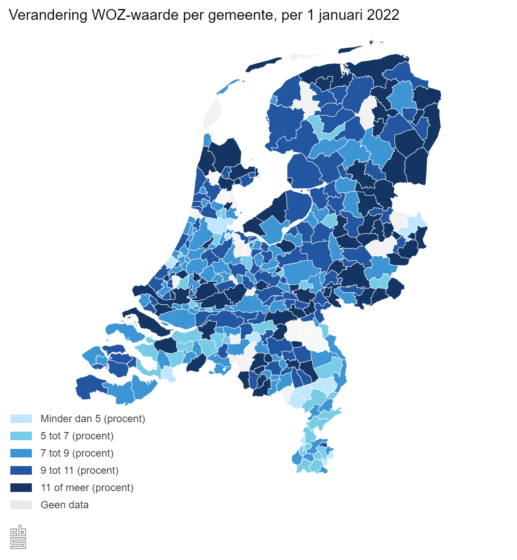 Average rises regionally, from less than 5% to 11% or greater  Image: CBS

After record year-on-year house sale price rises in January, the Dutch housing market has been affected by increased interest rates in Europe, the US and UK, which meant that mortgage rates have trebled.

Last Friday, Klaas Knot, president of the DNB Dutch central bank, called for another ECB interest rate rise of at least 0.5% in September, and further rises every six weeks until inflation stabilises at around 2%.

Inflation in the European area hit an average of 9.8% in July, partly due to spiralling energy costs, and many countries are concerned about a cost of living crisis.