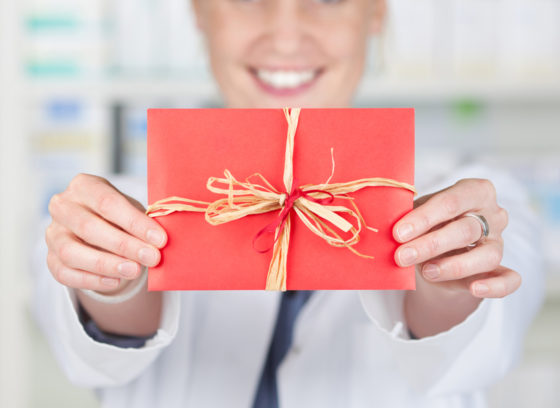 Tighter European rules to prevent money laundering could mean gift tokens buyers and their recipients will have to formally identify themselves to use them, the Financieele Dagblad reported on Friday.

Many of the details are still being studied, the paper said, but Dutch gift token sellers fear that the exemption they currently enjoy has had its day.

The European Commission has decided that all forms of electronic money, including tokens, should come under stricter scrutiny. That decision stems from the fact that the terrorists who attacked the Bataclan theatre in Paris used prepaid credit cards, which enabled them to remain under the police radar for a long time.

The new rules will only apply to tokens which can be exchanged at multiple chains, such as book token Boekenbon, the tourist sector VVV Cadeaukaart, FashionCheque and the Huis & Tuin Cadeau token. Individual chains which give out tokens, such as grocery shops, interior decoration shops and cinemas will not fall under the new rules.

Jos Peeters, the director of VVV Cadeau, said the measure is an ‘overreaction’. ‘The average value of a token is €38. I can understand that more controls are needed but this is ridiculous. A token is not a credit card but a present,’ he told the the paper.

Peeters also said the measure would not create a level playing field because companies like Intratuin and Ikea would not have to ask buyers for identification and VVV Cadeau will.

René de Wit, spokesman for gift token umbrella organisation Branchevereniging Cadeaukaarten said consumers would not appreciate the difference. ‘Having to show an ID is never fun. It is already mandatory for shop bought tokens worth over €150 but that can easily be circumvented by buying several smaller value tokens.’

It will be another year at least for any new rules to come into force but it is unlikely the tokens will keep their exempt status. Tokens are popular in the Netherlands, with  annual turnover of €1.7 billion, but in countries like Germany, Belgium and Ireland they are hardly sold at all, the FD said.