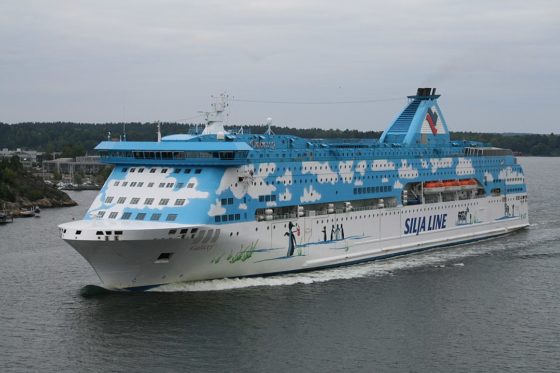 Amsterdam is making emergency accommodation for at least 1,000 refugees available on a cruise ship in the Westelijk Havengebied area.

In a press release, the city said the action would relieve pressure on Ter Apel, where desperate scenes of asylum seekers sleeping outside in unsanitary and ‘inhumane’ conditions, have travelled the world.

Refugees will be able to stay on the ship for at least six months, starting in October, and possibly for longer. A national government plan to house refugees on offshore cruise ships was dropped due to concerns that people would return to shore at will, according to a parliamentary briefing from junior justice minister Eric van der Burg. However, Amsterdam has now offered a location for one ship.

Deputy mayor Rutger Groot Wassink, responsible for social affairs and refugees in Amsterdam, said: ‘The situation in Ter Apel is heartbreaking. Together, we need to solve the lack of asylum locations so that refugees can find a place…

‘The shelter on the cruise ship is only a short term solution. It is important that the national government and municipalities reform the broken asylum chain so that these kinds of emergency situations are not needed in the future.’

The Estonian ship, the MS Galaxy, is being rented by the national government and kitted out by refugee agency COA before being transported to the harbour in the west of Amsterdam, a council spokesman told Dutch News. Van der Burg said he was grateful for Amsterdam’s help and that the cruise ship offer was a ‘step’ forward.

In exchange for the cruise ship offer, the government will contribute €12 million to building 2,500 to 3,000 prefabricated homes to help relieve housing shortages in the capital.

Earlier in the year, Utrecht put refugees first on the lists for emergency social housing for six weeks, for a similar house building deal.

In the Ter Apel camp, meanwhile, government inspectors have pledged to improve hygiene and install showers on the grounds for people waiting outside to register their claim, after a critical inspection last week.