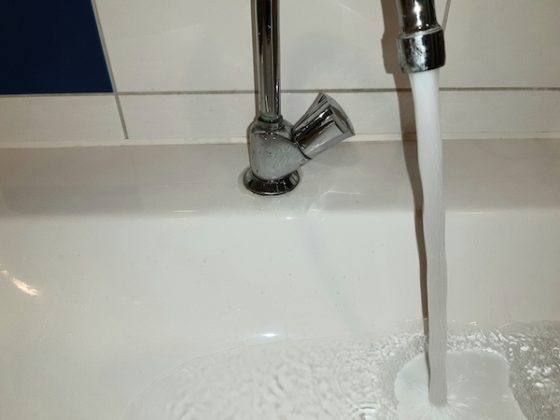 The historically low water levels caused by the high temperatures and lack of rain are hitting agriculture, shipping and nature the hardest, but drinking water provision will not be affected, infrastructure minister Mark Harbers has said.

But although the measures that have been taken at the moment will help in the short term, and drinking water is currently not under threat, action will have to be taken to secure water provision in the future.

‘New water saving techniques will have to be introduced,’ Willemein Bouland, head of strategy at water company Dunea, told broadcaster NOS. Shortages will become urgent sooner rather than later, she said. ‘Our own system will reach its limit by 2030.’

Solutions could include desalination of sea water but this is an energy intensive technique which would result in higher water prices, Sid Vollenbreg, director of Elemental Water Makers (EWM) told the broadcaster.

TU Delft is also exploring ways of using rain water and wash basin water to flush toilets. ‘It’s expensive, the rules have to be changed and there has been no sense of urgency,’ Bouland said. ‘But that may now change.’

The Netherlands has been in the grip of an official water shortage since Wednesday and a contingency plan has been put into action which prioritises the safety of the dykes and the prevention of irrevocable damage to nature. Drinking water and energy provision are also being prioritised.

In a briefing to MPs on Wednesday Harbers said that the task of prioritising water provision will be put in the hands of a water shortage management team (MTW) in which the water authorities, water companies, the provincial authorities, the agriculture ministry, the economic affairs ministry and the infrastructure ministries are all represented.

The team will responsible for putting in place national measures to guarantee an optimal water division. Harbers said such measures may become necessary in the next few weeks.

The water boards have already put measures in place to make sure the water available is divided as efficiently as possible but a designated team will be able to act more quickly and appropriately for the circumstances.

At the moment water levels in the IJsselmeer, the main provider of drinking water in the country, are being kept as high as possible and pumps and sluices are being used to manage river water levels.

However, shipping movements have already been affected, with narrowing shipping lanes in the Rhine only allowing for one ship to pass at the time. Continued drought could halt shipping in this main shipping artery altogether, Halbers said, causing considerable economic damage.

Farmers have been told not to pump up groundwater for irrigation, which may impact on harvests if the drought continues.

Flora and fauna will also suffer because of dried up streams in the higher up areas.

At a press conference on Wednesday Rijkswaterstaat spokesman Bert Vonk said industry may be added to the list and be told to minimise water use in their production process in the coming weeks.

‘That could translate itself into a lack of a certain product or price rises for consumers,’ Vonk said.