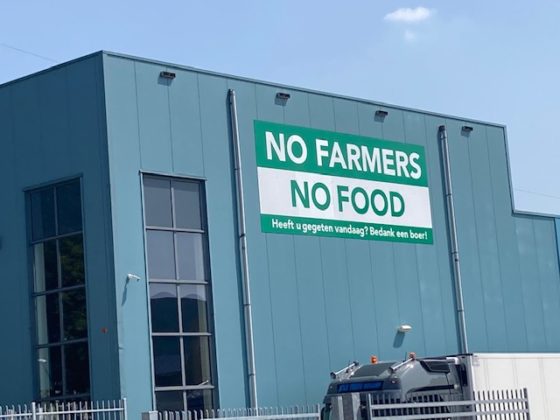 Large Dutch agribusinesses, such as animal feed firms, say they will not take part in talks next week on solving the crisis surrounding excessive nitrogen emissions, news website Nu.nl reported on Wednesday.

So far, only Rabobank and a supermarket sector representative have agreed to join the talks, hosted by mediator Johan Remkes next week, Nu.nl said.

Last week, Remkes met representatives from farming organisations and this week environment groups come on board. The talks are aimed at clearing the air and establishing the contours of an agreement to reduce nitrogen emissions, following weeks of protests by farmers.

According to Nu.nl, the ‘billion euro’ companies have said they will not join the talks until ministers agree to make compromises with farmers, many of whom face closure or reduced livestock herds because of the crisis.

Nu.nl also points out that many of them have supported the farmers’ protests financially since 2019, when they first started.

Dairy giant Royal A-ware is among those to tell Nu.nl that it will not take up the invitation to talks ‘as long as the cabinet has not agreed to take a different route’.  The current strategy, the company said, would have ‘unacceptable consequences’ for dairy farmers.

Animal feed group Royal De Heus said earlier it is only prepared to talk when ‘the policy, the time frame, and the method of reducing nitrogren’ are on the table and a spokesman told Nu.nl that this position has not changed.

Animal feed producers association Nevedi also said that ministers must first make concessions to farmers before it will join any talks.

Meanwhile, environmental organisations including Greenpeace, national parks agency Natuurmonumenten and the WFF, said they will not accept any watering down of government targets for reducing nitrogen-based pollution.

The government wants to slash emissions by 50% by 2030 to comply with EU regulations.

In particular, green groups are calling for a moratorium on new factory farms. ‘How can you explain reserving €25 billion to buy out farmers and other things while allowing new barns to be built,’ Valentijn Wösten of Mobilisation for the Environment, told NOS earlier.