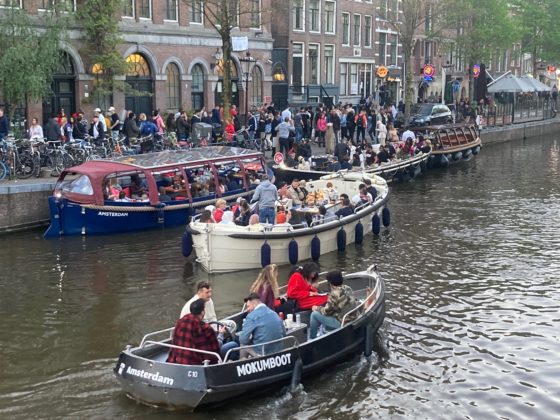 New research by Rabobank into how people perceive their prosperity reveals discrepancies both between and within municipalities, with people living in the wealthiest cities not necessarily seeing themselves as the most well off.

‘It’s important to look below GDP at the regional level,’ said Otto Raspe, an economist with RaboResearch who oversaw the study.

‘Amsterdam is one of the Netherlands’—and Europe’s—most dynamic economic regions, but its inequality in welfare makes it unbalanced and means it’s below average in terms of broad welfare.’

Broad welfare is another way of measuring people’s well-being, moving beyond what they produce, consume and earn to include other measures of prosperity such as health, personal development and safety. It looks at the economic and social aspects of people’s lives and the balance between them. There are 11 categories defined by the Rabobank economists: work-life balance, perceived life satisfaction, housing, education, the environment and social contact among them.

Rabobank’s research, released on Tuesday, was based on interviews with 10,000 people throughout the Netherlands. ‘Even in a small country, there is quite a large difference in broad welfare,’ said Raspe. 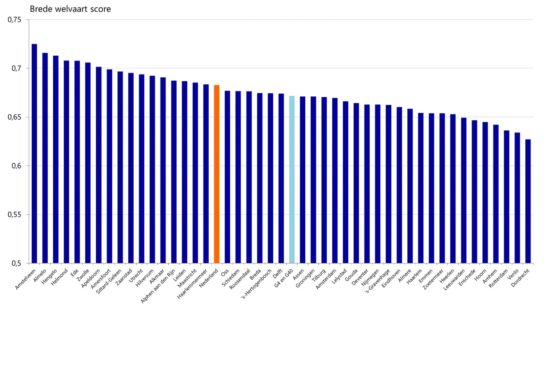 How does your city fare against the Dutch average (orange)?  Graphic: RaboResearch

When only a few people profit from a strong economy, or when an economy’s competitive practices hurt the environment, said Raspe, welfare is out of whack. People are less happy in Amsterdam than Twente, he said, despite the economic prowess of the Dutch capital. Happiness is one of the 11 indicators.

That seems to back up the latest Quality of Life Index by cost-of-living database Numbeo. The Hague ranks third in terms of quality of life, while technology hub Eindhoven stands at number 10. Amsterdam, by contrast, is ranked 39th.

‘Policy makers should be focused on place-based policy,’ said Raspe. ‘Currently, Dutch policy looks at general economics as if the challenges and opportunities are the same in all regions. They’re not.’

‘People want education, good jobs and clean air, but it differs depending on the region,’ he said. ‘The way forward is to provide insight into what they want and where and to the challenges people face to a good life.’