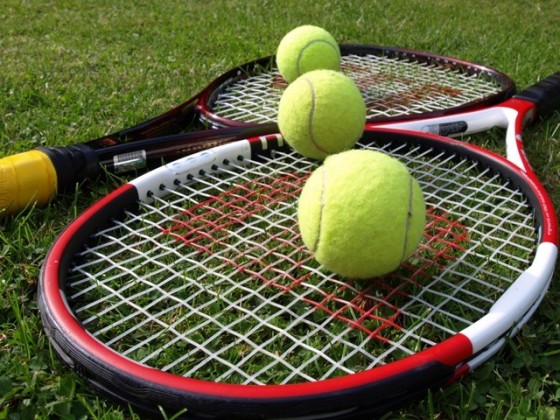 Dutch tennis player Botic van de Zandschulp was ousted on Monday in the fourth round at Wimbledon by Rafael Nadal, meaning the last Dutchman has exited Centre Court after Tim van Rijthoven lost to Novak Djokovic over the weekend.

‘Of course, I’m disappointed, because in the last set I got some chances to win the set,’ said Van de Zandschulp, 25th seed. ‘I think I played well in the first and third set and that the difference with Nadal was small.’

But ultimately, the difference was huge, as Van de Zandschulp recognised. ‘In Nadal’s class, even when I play well, he can take the set.’

Van de Zandschulp started the match strong, but was unable to prevent the 4th seed Spaniard from breaking at 5-4 up in the first set. Nadal went on to convincingly win the second set in just over 30 minutes.

In the end, though, Nadal won in straight sets (6-4 6-2 7-6 (8-6)) and will now face 14th seed Taylor Fritz (US) in the quarter finals Wednesday. He is hoping to win his third Grand Slam title this year, following his victories in both the Australian Open and French Open.

‘I think I continued in a positive way until the end, where I played a bad game,’ Nadal said in his post-match interview. ‘I played a good match against a difficult opponent, and I wish him all the best.’

It has been 20 years since two Dutchmen achieved round-the-clock victories at one of the world’s most important tennis tournaments. In 2002, both Richard Krajicek and Sjeng Schalken made it to Wimbledon’s quarter-final round.

Van de Zandschulp will next play in Hamburg in two weeks. ‘I can look back on a satisfying Wimbledon, and I was able to play many games on grass,’ he said. But ‘there is certainly still improvement.’