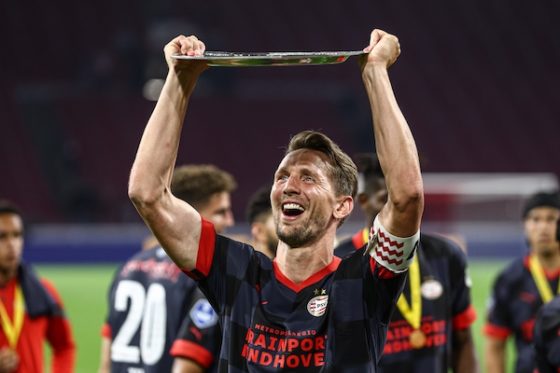 Eindhoven football club PSV opened the football season on Saturday evening in goal-rich fashion, with a 5-3 win over Ajax to take the Johan Cruijff Shield – also known as the Dutch Super Cup.

The match was the first official one for KNVB Cup winners PSV under new coach Ruud van Nistelrooij. Ajax, who took the league title last season, also have a new coach in Alfred Schreuder.

Guus Til scored a hat trick for PSV while Cody Gakpo made two assists and a goal. Ajax’ new buy Steven Bergwijn, Antony and Mohammed Kudus scored for the Amsterdammers.

‘Everyone survived the match in one piece and a number of lads made their debut,’ Van Nistelrooij told ESPN after the game. ‘We made five great goals and won a trophy. This was to be savoured, a dream start.’

Schreuder said he had seen a lot of good things from his team, in terms of possession and in the attack but more needs to be done in the defence.

On Wednesday, PSV meet AS Monaco in the third round of the Champions League qualifying competition.

Ajax are next action at the weekend against Fortuna Sittard, as the Eredivisie kicks off.