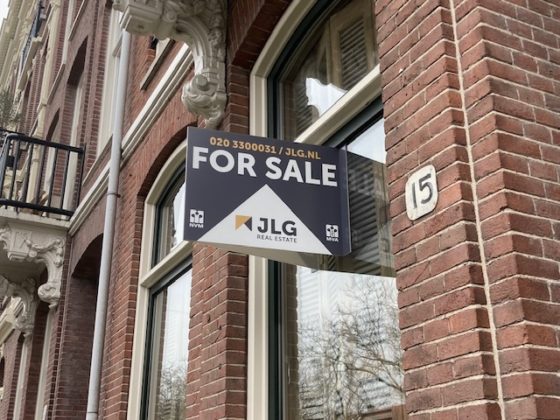 The Dutch housing market has taken a downturn in confidence, according to multiple economic indicators.

Consumer body Eigen Huis, which has measured consumer confidence since 2007, said trust in the market has hit the lowest point since 2014. Potential buyers have seen mortgage rates triple in six months, as international banks raise interest rates to restrain rampant inflation, limiting how much they can borrow and the cost of their loans.

Although official figures still show year-on-year price rises averaging 18.8% in May – although varying from 5% to 23% between regions – analysts are predicting an international cool-down in the housing market.

In a report last week, Goldman Sachs said the ‘global housing market is starting to wobble as central banks hike rates’, while the Financieele Dagblad named the Dutch market as one of Europe’s most vulnerable, alongside the Czech Republic, Hungary, Portugal, Austria and Luxembourg.

Dutch estate agents say that people are hastening to put their homes on the market if they had planned to sell, to try to get the best price. According to current affairs programme Nieuwsuur, 40% more homes were put on sales site Funda in May than a year ago.

‘Before, when you put a house on Funda, your phone rang off the hook and you had ten viewings: that has halved at least,’ estate agent Anita Leestemaker, from Hellendoorn, told Nieuwsuur. ‘A buyer often comes from it, but the time of overbidding is over. There’s less tension, and I think that’s also a good thing.’