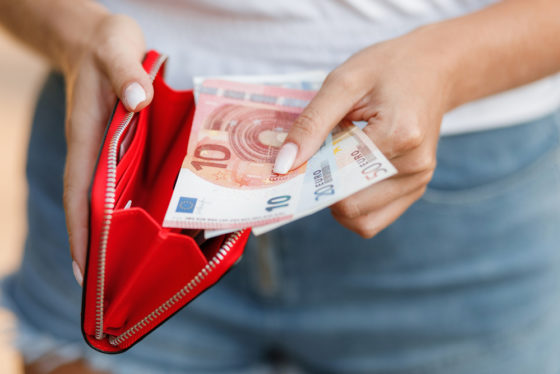 Inflation eased slightly to 8.6% in June, but households continued to feel the pinch as food prices went up by 11.2% in the past year, official figures show.

The statistics agency CBS said inflation was down from 8.8% in May and a peak of 9.7% in March, mainly because gas and electricity prices are rising less quickly than they were 12 months ago.

The cost of food went up by 11.2%, continuing a trend that began in September last year. Meat and dairy products were the fastest risers, but bread, oil, fish, fruit and vegetables also increased in price.

Inflation also fell slightly according to the European Union’s measure, which excludes housing costs. The Netherlands still has one of the highest rates in the EU at 9.9%, down from 10.2% in May, but this is against a rising trend across the 27 countries, where the average rate of inflation went up from 8.1% to 8.6% in June. 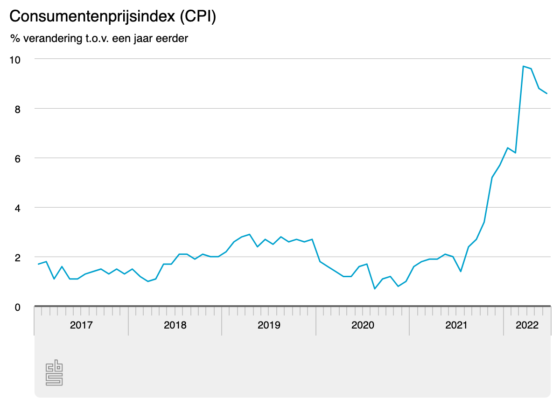 Inflation has come down from nearly 10% in March. Chart: CBS

The higher cost of living is also starting to drive up wages, with an average pay rise of 3.8% in 17 collective bargaining deals concluded in June, according to employers’ association AWVN. In the construction sector wages increased by 5%.