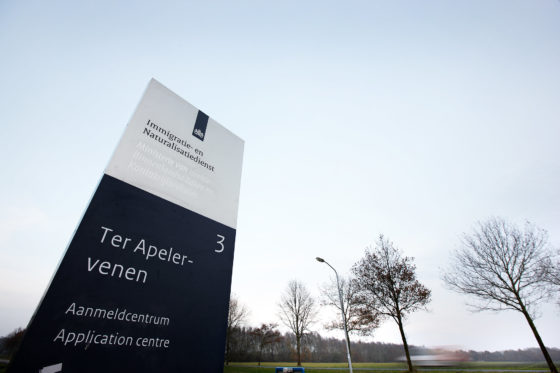 The government has identified a site for a second registration centre for asylum seekers as it tries to ease overcrowding problems at Ter Apel.

Deputy justice minister Eric van der Burg said the overspill facility at Bant, in Flevoland, would have room for between 250 and 300 people who will be transferred from Ter Apel in Groningen while their applications are processed.

Van der Burg said he was prepared to force the local authority to provide the accommodation if they were reluctant to agree a deal, while the government is also under pressure from refugee agency Vluchtelingenwerk, which has threatened to take it to court unless the situation at Ter Apel improves within weeks.

In recent months asylum seekers have had to spend the night in makeshift tents or outside the gates because there is no space at the 1,000-bed complex. Others have been transported hundreds of kilometres in the middle of the night to sleep in council offices or sports centres.

The minister’s plans for a second facility at Bant were criticised by Roger de Groot, mayor of Noordoostpolder, who said the rural community was already housing 1,000 refugees.

He said: ‘In the past we have always managed to secure local support for the current facility, but that support is not limitless. Certainly not in a small community like Luttelgeest.’

De Groot acknowledged the need to relieve the bottleneck at Ter Apel, but added: ‘That doesn’t mean that the burden of providing extra accommodation has to fall on one place, permanently, in one municipality.’

Vluchtelingenwerk has given the cabinet a deadline of August 1 to resolve the ‘damaging and inhumane conditions’ for newly arrived refugees in Ter Apel.

The refugee agency has informed Van der Burg through its lawyers that it holds him responsible for the ‘degrading conditions’ endured by ‘a large group of asylum seekers and acknowledged refugees [statushouders], including many children, for almost a year.’

Chairman Frank Candel said: ‘We’re not going to accept this as the new normal. The Netherlands has committed itself to international agreements to maintain a minimum humanitarian standard. That minimum is intended for when it gets difficult.’