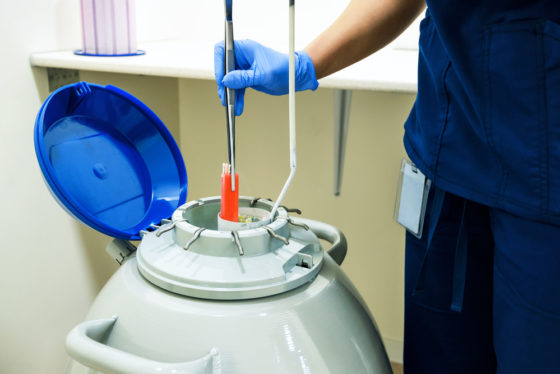 A gynaecologist who fathered dozens of children by using his own sperm in fertility treatment carried a potentially fatal genetic disorder, research has found.

The number of children born to mothers who were inseminated with Jos Beek’s sperm at his clinic in Leiderdorp has been increased from 21 to 41, NOS reported. The women were unaware that he was the biological father.

The genetic disorder was discovered after two children born to the same mother died in infancy. DNA research at the Sint Elizabeth hospital, where Beek worked, revealed that both she and the gynaecologist were carriers of the condition.

Didi Braat, chair of the independent committee set up to investigate Beek’s practice, said: ‘You don’t get sick yourself with it and if you have a child they won’t get sick either. But as soon as the father and mother are both carriers of this gene, it can go wrong.’

Braat said the 41 children identified so far had been born between 1975 and 1990. Previously it was thought Beek had stopped practising in 1986.

‘The thing that really hit home for us was the stories of the parents and children,’ Braat told Omroep West. ‘Beek made women believe they should never talk about the treatment and many of them didn’t. It was hugely emotional.’

Beek, who died in 2019, is one of five Dutch fertility doctors who are known to have used their own sperm to inseminate patients without their knowledge. The first was Jan Karbaat, who is known to have fathered at least 80 donor children.

Last week Henk Ruis, a retired gynaecologist in Brabant, was revealed to have used his own sperm in fertility treatment on at least three occasions, but he insisted it was accidental in each case and he had made contact with two of the children.

In 2004 the law was changed to remove the option of donating sperm anonymously. All data surrounding artificial insemination since then must be registered and made available on request.