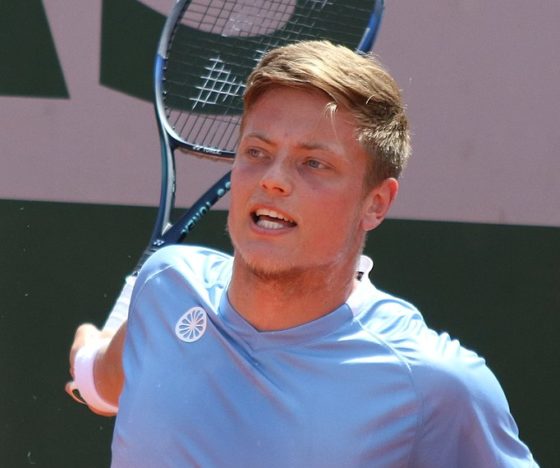 Dutch tennis player Tim van Rijthoven, who won the Rosmalen grass tournament last weekend by beating world number one Daniil Medvedev, has been given a wild card for this summer’s Wimbledon.

‘It is the first time in my career that I will play in a grand slam tournament,’ Van Rijthoven told the AD. ‘It is really fantastic.’

Van Rijthoven was ranked 205th in the world when he met Medvedev in the final, but shot up to 106 in the ATP ranking, which would be good enough for an automatic grand slam invitation. The victory made him the first Dutchman to win the ATP 250 event since Sjeng Schalken in 2003.

But with the Wimbledon starting line-up already decided a few weeks ago, he would have been consigned to the qualification tournament, if not for the Rosmalen win.

Van Rijthoven, 25, will join the Dutch number one and two, Botic van de Zandschulp and Tallon Griekspoor, at Wimbledon. The tournament starts on June 27.

Medvedev will not be taking part in Wimbledon because Russian players have been banned in the wake of the invasion of Ukraine.