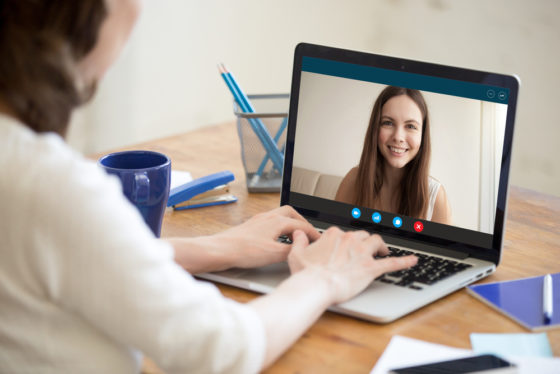 There might be as many chief executives called Peter as women in listed Dutch companies. But there are signs that at start-ups, there is a desire for change.

According to a survey of 40 companies for Diversity Hero – a partly government-sponsored initiative – found that 40% of leadership roles were filled by women. Female chief executives represented 25% of the total of the sample, compared with 15% of Fortune 500 companies.

At a session to launch the survey at The Next Web conference in Amsterdam, Diversity Hero founder Gillian Tans and Terence Guiamo, global director of inclusion at Just Eat Takeaway, said that measuring diversity is the start of change.

‘What gets measured gets managed,’ said Guiamo. ‘For me, diversity is a mix, but inclusion is a skill.’

The snapshot of companies, representing almost 30,000 employees in the Dutch digital industry, showed that women were more likely to be present if they were in a leadership role. Women represented 38% of staff numbers in total.

Far fewer firms tracked the ethnic background of their staff, but the figures collected suggested the largest group (49%) was native Dutch, followed by around a fifth Western migrants, and 2% of people describing themselves as ‘second generation Dutch’.

The pro-diversity organisation argues that diverse businesses are more likely to understand customers and perform better, and calls for new business to create a balanced staff from the start.

Trinny Woodall, founder of Trinny London make up and skincare brand said, however, that it was tougher to raise investment as a female founder. ‘After I presented to 29 VCs [venture capitalists], I found one that started to get the idea – and in that room was one man and two women,’ she said.

Diversity Hero, which carried out its start-up research with Dutch tech stimulator Techleap and NLdigital union, said there’s a long way to go.

‘We are addressing the Dutch digital and tech ecosystem as a whole to drive change, and support organisations to include and maximise participation from underrepresented groups,’ said Tans. ‘The results of the first annual benchmark show that it is time to step up our game.’