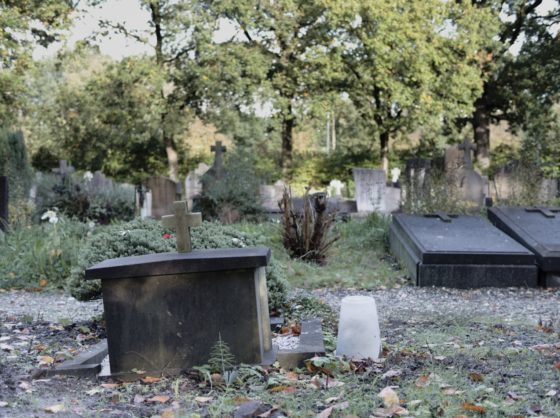 More than 40,679 people have died of the coronavirus in the Netherlands, according to the most recent figures.

Dutch statistics office the CBS, which collates all certificates stating the cause of death, has announced that between March 2020 and January 2022, 40,679 Dutch residents died due to Covid-19.

Because it receives these certificates with a time lag and processes them manually, the figures are compiled several months later than government estimates based on the ‘number of Covid patients who have died.’

However, the Dutch government has recognised that the CBS records the most complete measure of coronavirus mortality – which is almost double the Covid patient mortality figure it shows on its corona dashboard (22,325).

The World Health Organization has reported that many countries across the world have underestimated the probable level of ‘excess’ deaths associated with Covid-19. While there were 5.42 million reported Covid-19 deaths internationally, Cornell University academics estimated in May that 14.91 million people have probably died due to the pandemic.

Corrections to the figures, published in June in Nature magazine, suggest that the Netherlands is 13th highest country in terms of the excess death rate per 100,000 people per year in 2020 and 2021, above Belgium, Germany, Sweden and France. The study did not compare results with the general age of the population.

However the Dutch government is investigating excess mortality – or ‘oversterfte’ – figures in the Netherlands during the coronavirus period, as a result of critical questioning by MPs. 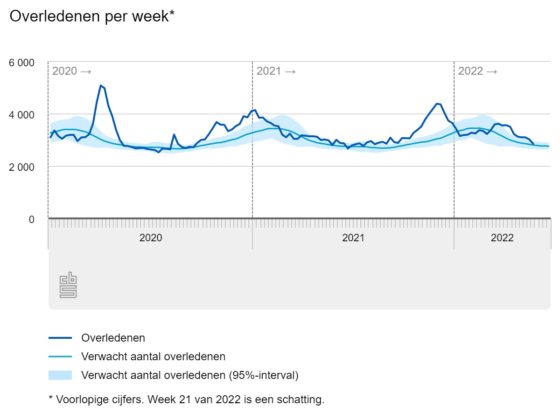 The latest CBS periodic report into deaths estimates that 2,850 people died in May, 700 more than would normally be expected and especially high among people in care homes and the over-65s. Since mid-March, it notes, there has also been a flu epidemic. Fuller figures will be published on June 10.

The Dutch government told Dutch News in April that it does not include CBS death figures on its coronavirus dashboard because they are ‘not current’ but said that it does link to this research.

Since mid-April, self-testing has become the norm and Dutch residents are no longer asked to have a regional health board test to confirm any positive coronavirus diagnosis. According to the most recent weekly update, only 9,990 people took a GGD official test in the final week of May.

Official government Covid death figures are based on the number of Covid patients who took an official test and later passed away.