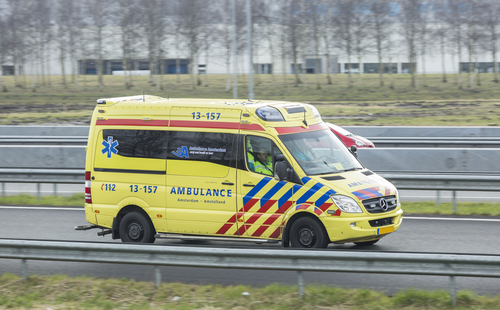 Two people on board a light aircraft have died after the plane crashed in a lake between the Noordoostpolder and Overijssel.

The two-seater plane, used by airline Transavia to train its pilots, came down at around 10.45am on Tuesday. Omroep Flevoland reported that the aircraft belongs to Lelystad-based flying school Zelf Vliegen (‘Fly yourself’).

A spokesman for Flevoland fire service said the occupants had not survived the crash and a recovery operation was under way.

An air ambulance, coastguard helicopter, coastguard plane and boats from Urk and Elburg also responded to the emergency call.

A boat with a crane on board has been deployed to recover the wreckage of the plane and the bodies of the victims.

Ronald van den Brink of Flevoland fire service said: ‘The aircraft has been traced but the location makes it difficult for us to deal with the incident.’

Radar tracking images showed the plane took off from Lelystad on Tuesday morning heading north-east, but veered off course after turning over Hasselt and descended towards the lake.

A member of the salvage team, Klaas Post, said engine trouble was the likely cause of the crash. A farmer who lives near the Zwarte Meer crash site said he heard ‘a few loud bangs’ and then saw the plane hit the water.

So far part of the plane’s tailpiece has been recovered. The depth of the crash site is no deeper than one metre, Post said, which he said made it likely the plane shattered on impact.