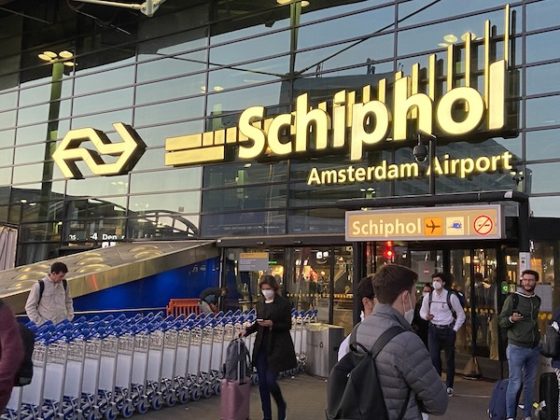 Ministers aim to delay taking a decision about whether to open Lelystad airport to commercial flights to 2024, and they also plan to limit flight movements at Schiphol airport to 440,000 a year by the end of next year, broadcaster RTL Nieuws has reported.

The government is said to be planning to enforce a permanent reduction in the number of flights to and from Schiphol because it does not meet noise, nitrogen compound and fine particulate pollution rules.

Public broadcaster NOS has also reported that ministers plan to impose new restrictions on Schiphol, possibly by cutting take offs and landings to as low as 420,000.

Schiphol currently has a flight limit of 500,000, but does not reach that number, and this summer is cutting hundreds of flights a day because of the shortage of security and baggage handling crew.

Ministers have not yet officially commented on either of the claims.

The government agreed in 2015 to use Lelystad as an overspill airport for Schiphol, where charter and budget airlines would be concentrated. But the plans have been beset by delays and problems.

In March, nature minister Christianne van der Wal refused to issue an environmental permit for the airport, saying that the impact of nitrogen-based pollution had not been properly calculated.

In 2020, research by local broadcaster Omroep Flevoland and investigative website Follow the Money showed that €214 million has already been spent on Lelystad, without a single commercial flight landing there.

The figure includes the cost of the construction projects and infrastructure needed to turn the minor airfield into one capable of dealing with charter traffic, as well as the cost of research and civil service support.