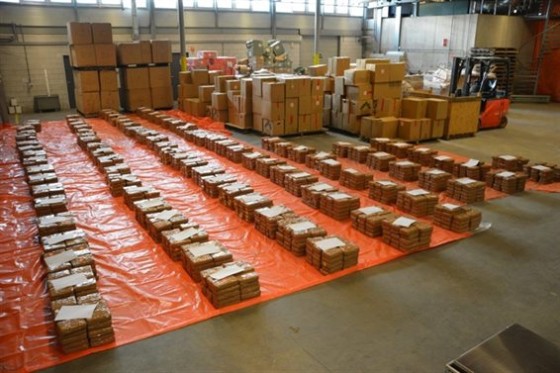 Dutch drugs criminality could be tackled by legalising ecstasy and cannabis and by a taking a much tougher approach to cocaine smuggling, an independent think tank has said in a report out on Thursday.

The Dutch need to work on a ‘credible’ policy when it comes to drugs crime, think tank DenkWerk said in its evaluation, and that includes measures such as closing down port terminals which are not doing enough to intercept drugs transports.

The think tank, which includes professor and economist Barbara Baarsma and ING supervisory board chief Hans Wijers, based its recommendations on interviews with 25 representatives from police, customs, the public prosecution office, ports and journalism.

Legalisation, one of the report’s key recommendations, would deprive criminals of hundreds of millions of euros in profits, the experts said. At the same time, it would tackle the illegal dumping of chemicals and discourage youngsters just out of school from getting involved in drugs crime.

The government needs to take over the national drugs market for cannabis and ecstasy as quickly as possible, the think tank said, with tax tariffs and banking facilities for licenced dealers.

For the plan to work, a simultaneous policy to discourage the use of ecstasy, cannabis and cocaine needs to be in place, with a restriction on the number of outlets, user age and a strict check on the number of pills.

Government action against cocaine smuggling should be much more repressive, the report says, because the effects of cocaine use on health are more severe and production takes place abroad, which limits national measures.

Some 50% of all cocaine smuggled into the Netherlands is being intercepted in the ports, DenkWerk claims. The figure, which is considerably higher than the common estimate of 20%,  is based on European consumption of the drug, production figures from South America and the amount of cocaine intercepted in the ports of Rotterdam and Antwerp.

‘That number came as a big surprise to us as well but it gives us hope. Big volumes of drugs can only enter the country via container ports. Targeted investment can help intercept many more transports and push drugs criminals to other countries,’ Baarsma told the NRC.

Ports must also consider their role and be made more responsible, Baarsma said. ‘If a terminal fails to act against drugs smugglers they should be warned and, as a last resort, closed down. They are a crucial link in the chain and they have to take their social responsibility seriously.’

The increased use of shipping containers to conceal drugs has made the high volume ports of Antwerp, Rotterdam and Hamburg the new epicentre of the European cocaine market, according to a report on the industry by European police organisation Europol last year.

The ambitions set out in the report will probably meet with political resistance, Baarsma said, not least because it would mean more pressure on already scarce legal resources.

Tackling drugs criminality is possible, Baarsma said. ‘It’s not a drop in the ocean. We don’t think so. There’s hope, but only if the current policy is overhauled.’