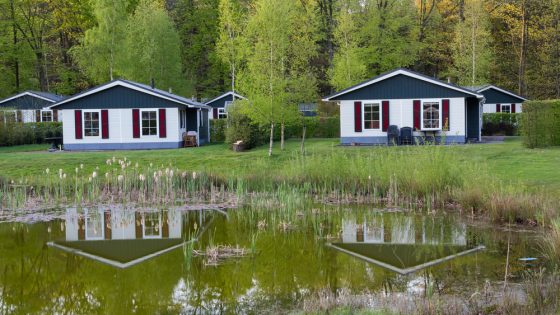 Holiday homes are being increasingly targeted as vehicles for large scale money laundering operations by criminal gangs, according to a confidential report seen by Telegraaf.

The claim follows an investigation by regional information and expertise centre East Netherlands RIEC into organised crime in that part of the country.

Arnhem mayor and RIEC chairman Ahmed Marcouch said holiday parks are a relatively easy means for criminals to launder cash and that ‘worrying signals’ about investments in the parks by criminals had prompted the investigation.

The report says criminals launder money by buying up holiday homes and complete  parks, and then renovating them and selling them on, or by investing illegal money in holiday parks that are doing well.

Gangs are also using the parks for illegal prostitution, the production of drugs and storage of illegal goods, the report said.

Detectives told the Telegraaf the practice has gone on for so long without intervention it is impossible to prove the original criminal origin of the money.

Marcouch, who said the problem is not confined to his region, said too little attention is being paid to the issue. ‘Tens of millions of euros are being laundered in this way. (..). We have to take preventative action by denying criminal owners licences and by carrying out more coordinated checks.’

The mayor said local councils often only see the boost to tourism when holiday parks are given a makeover. However, this cooperation with local authorities is exactly how criminals infiltrate in the legitimate business world, he said.