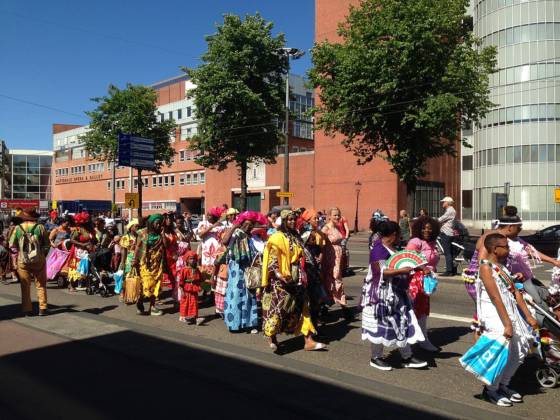 Equality campaigners have made a fresh plea to make Keti Koti, the annual commemoration of the abolition of slavery on July 1, a national holiday.

Organisations including Nederland Wordt Beter, The Black Archives and radio station FunX said the liberation of slaves in the Dutch colonies of Surinam and the Antilles in 1863 deserved nationwide recognition.

Last year 62,000 people signed a petition calling for July 1 to be made a national holiday. The leaders of the four largest cities also wrote to parliament in support of the idea, arguing that the colonial past ‘needed to be spoken about openly’.

This year the organisations have launched a social media campaign and website (‘Ik neem vrij op 1 juli’) encouraging people to take a day off and photograph themselves commemorating the abolition.

Keti Koti – meaning ‘broken chains’ in the Surinamese language Sranantongo –
has been celebrated in a number of Dutch towns and cities since 2002, with the main ceremony taking place in Amsterdam’s Oosterpark.

Last year Amsterdam’s mayor Femke Halsema formally apologised for the part the city played in the slave trade, but prime minister Mark Rutte has resisted calls for an official apology from the government.