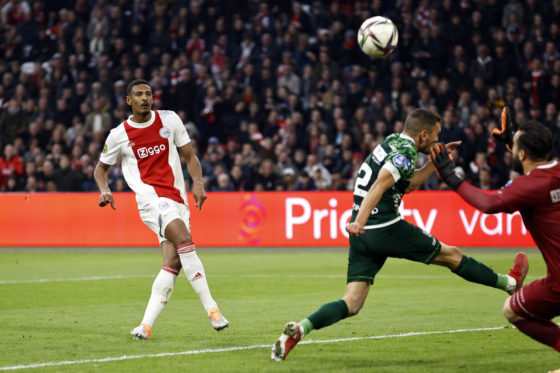 Ajax are reported to be close to a deal to sell Eredivisie top scorer Sébastien Haller to Borussia Dortmund for around €35 million.

The Bundesliga side are said to be offering €33 million for the Ivorian striker, while Ajax are demanding €38 million for a player who cost them €22.5 million when he joined them from West Ham United 18 months ago.

Haller, who turns 28 on Wednesday, scored 21 league goals last season as well as 11 in eight Champions League appearances. Dortmund need a striker to replace the prolific Norwegian Erling Haaland, who left for Manchester City this week in a €60 million deal.

Ajax hope to reinvest some of the money they receive for Haller in re-signing Brian Brobbey, currently on loan from RB Leipzig, and are also reportedly looking at buying Joshua Zirkzee from Bayern Munich.

The 21-year-old forward is currently on loan to Belgian First Division side Anderlecht, for whom he scored 16 goals in 38 league matches last season.

The 29-year-old is a replacement for Yvon Mvogo, whose loan spell from RB Leipzig ends this summer.

‘Walter is a very experienced keeper who has proved himself at the highest level for a long time,’ said technical director John de Jong. ‘He has played almost 200 matches for Nice and frequently captained the team.’