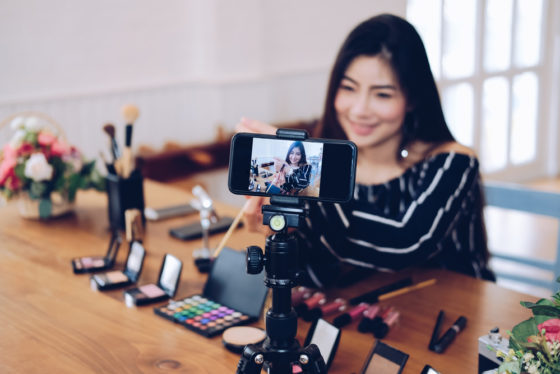 Vloggers and so-called influencers with more than 500,000 followers on social media will have to abide by tougher rules on advertising from July 1, the Dutch media commission said on Tuesday.

From that date social media personalities who upload videos to YouTube, Instagram and TikTok, and who have large followings, will fall under current media law and will be regulated by the commission.

The rules will apply to all influencers who are registered with the chamber of commerce in the Netherlands (KvK), a spokesman told Dutch News.

The rules mean vloggers must be clear about whether or not they were paid to promote an item by stating that the video is part of a paid partnership or whether it is an advertisment.

Vloggers and influencers with more than 500,000 followers will also have to register with the media commission and provide clear information about their ownership. The commission expects ‘several hundred’ people to be affected by the new rules.

With the shift from traditional media to online, it is not surprising that the law is being expanded, the spokesman said. ‘Viewers should be protected online as well.’

The initial limit of 500,000 means the most impactful uploaders will be covered by the new rules.  The limit willl later be lowered on the basis of experience to cover more people, the spokesman said.

Sector lobby group DDMA, with 350 members, said in a reaction it is pleased there is finally clarity on the new rules.

The new Dutch rules are part of an EU wide move to regulate the online marketing industry.